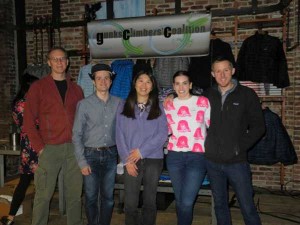 On February 11th, 2016, Tommy Caldwell wrapped up his cross-country, ten-city tour of A Line Across the Sky: A Film of Seven Summits at Patagonia’s shop in Manhattan’s Meat Packing district. Mara Burns, who coordinated the event for Patagonia, invited the Gunks Climbers’ Coalition to table at the event, which we did represented by GCC board members Jannette Pazer and Matt Logan and new and terrific NYC GCC volunteer ambassadors Neil Berenholz and Adena Lewin. The entire Patagonia staff was fantastic in providing and helping to set up our table, hang our banner and power-up a screen we played a slideshow on of GCC activities at the Gunks. Public admission to the event was free but RSVP only and had been booked to standing room only capacity several weeks in advance. Patagonia held a raffle of their own wares along with several really nice prizes from local NYC climbing gyms. The raffle proceeds went to the GCC, realizing us almost $500! 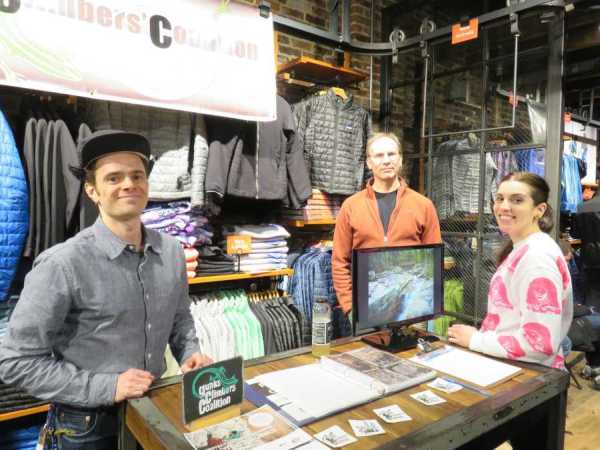 The GCC Table at the event (Neil, Matt & Adena) 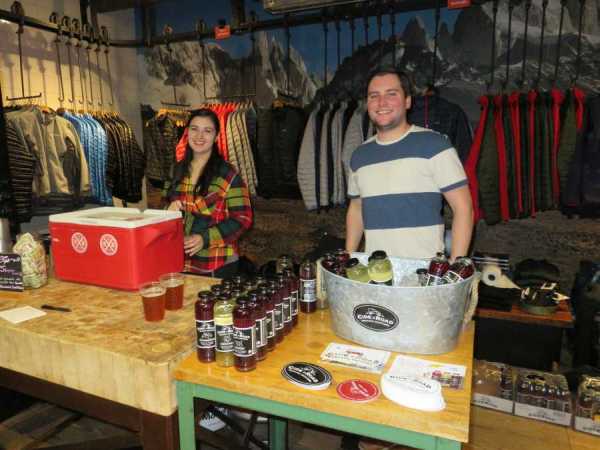 Tommy was around the entire time, hanging out with anyone who wanted to talk as he got ready for his presentation and helped setup and breakdown the seating, etc. Alex Lowther, film producer for Patagonia, introduced Tommy and also gave a great shout-out to the GCC and said a bit about our projects. 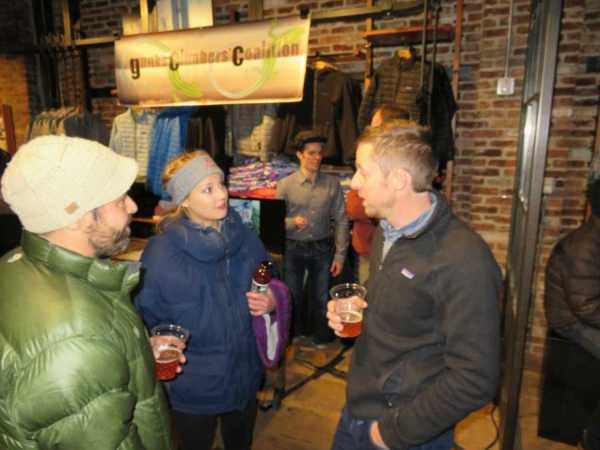 Tommy chatting with Sasha DiGiulian before the show. 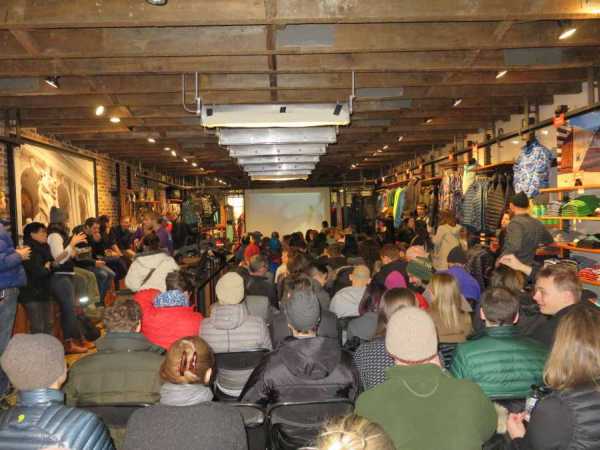 Tommy gave a short and entertaining slideshow about how he became who he is — he subscribes to the “10,000 hours of practice” theory more than anything else. Then he showed the documentary “A Line Across The Sky” (which had previously been shown as part of Reel Rock 10 films last fall) about his and Alex Honnold’s successful five day traverse of Patagonia’s Fitz Traverse — the traverse profiled in Patagonia’s (the store) own logo. It’s a totally entertaining flick and worth catching up to! He then answered questions for a good while before the very satisfied crowd emptied out of the store for the evening.

Note the Fitz traverse skyline in their logo. 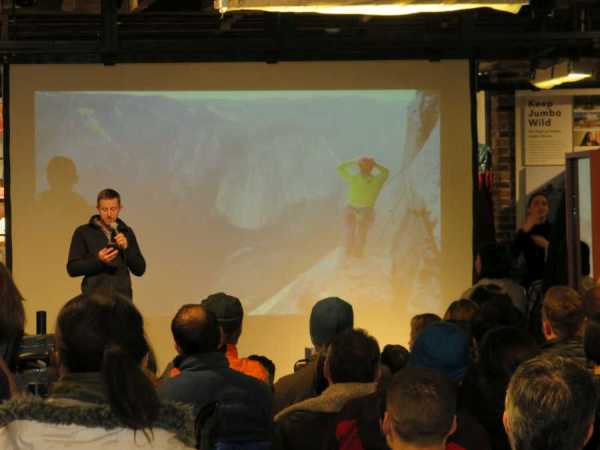 Chatting with Tommy we learned he’s climbed at the Gunks only once on an epically rainy day a few years back with Russ Clune taking him around. We asked him about when the Dawn Wall movie would be coming out and his impression is that the producers intend to premier it at the Sundance Film Festival next January for a full release sometime after that. 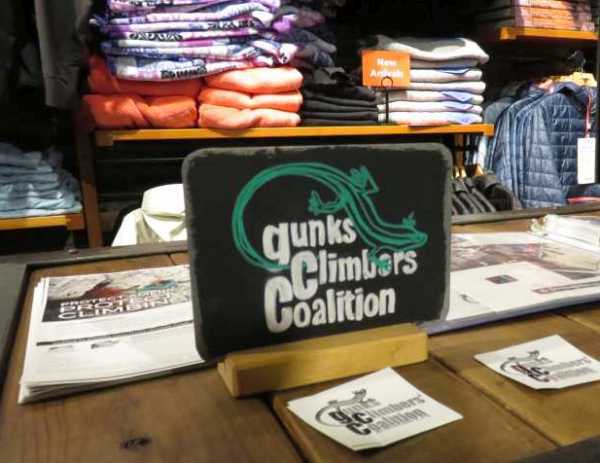 Folks at the store made us our very own sign!

Our sincerest and most heartfelt thanks to Patagonia the company, Patagonia the Meat Packing district store and Tommy Caldwell the climber and good guy for taking such a genuine interest in the GCC! 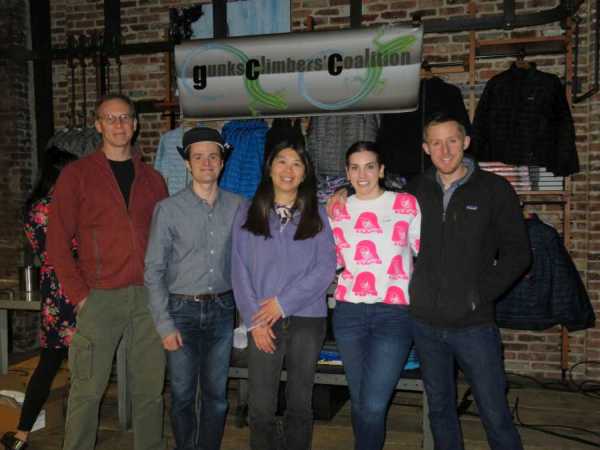