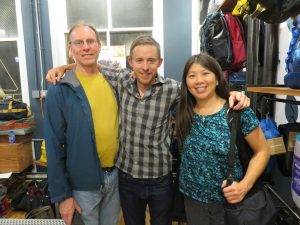 On May 16th, 2017, legenday rock climber Tommy Caldwell came to New York City to promote his new book, The Push, at the Patagonia store in Soho. The store manager, Fred White, contacted the Gunks Climbers’ Coalition to offer us a table at the event to tell attendees about the GCC and sign up new members. Jannette Pazer and Matt Logan, GCC board members, were on hand to answer any questions and sign up new dual Access Fund/GCC members. 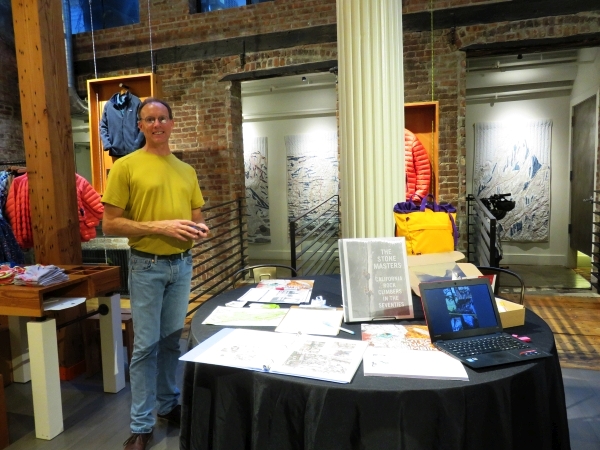 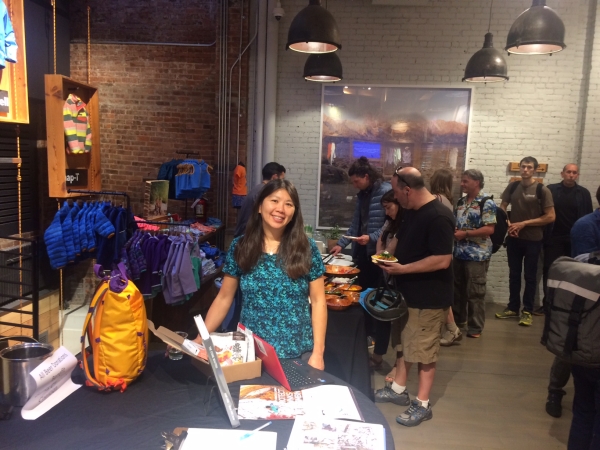 At the table where they were serving beer from Rockaway Brewing Company and chili from Patagonia Provisions, a jar for GCC donations was set up. The GCC greatly appreciates the generosity of the attendees and Patagonia Soho for their donation and support!

The upstairs event room at Patagonia Soho was PACKED! It was standing room only when Patagonia store manager Fred White gave the Gunks Climbers’ Coalition a plug and introduced Tommy Caldwell. Tommy took the mic and began his talk. We all had a good laugh when his first slide showed a crosswalk sign hand with a finger missing, just like his. He took it as a welcome sign from NYC. He talked about why he decided to write his book, The Push, the process of getting it done, and said the book was extremely revealing. He read some excerpts, including the emotional pain he felt when he pushed his captor off of a cliff when kidnapped in Kyrgyzstan. He also talked about the media circus around the Dawn Wall project, and his thoughts on fatherhood and risk. He took a number of questions from the audience, then signed books. 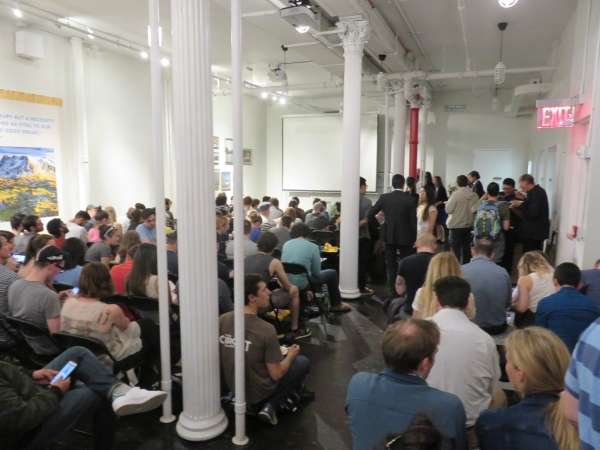 Packed house at the event. 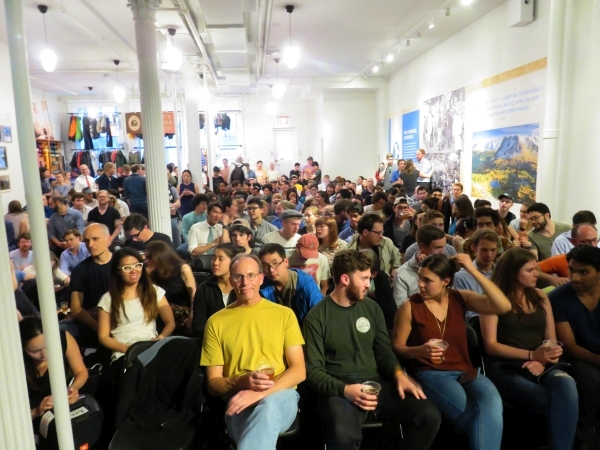 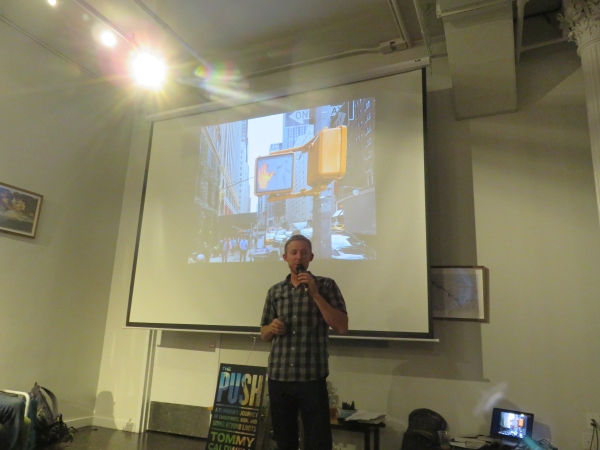 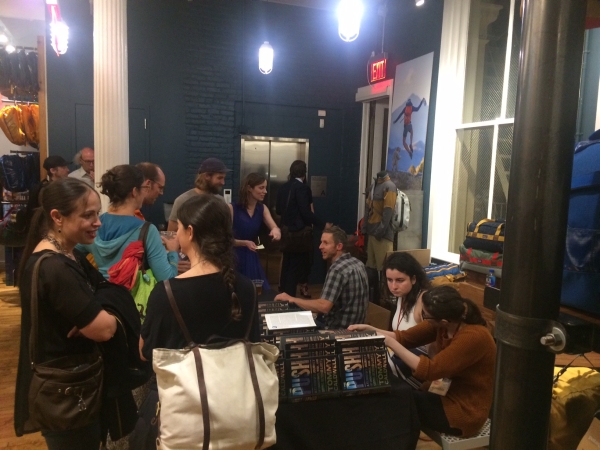 Thank you to Patagonia Soho for reaching out to the GCC to have a presence at the event, helping get out the word about our mission to the large audience attending, and for their donation. With wonderful partners like Patagonia, the GCC can amplify our message of responsible climbing and land stewardship to a larger audience. 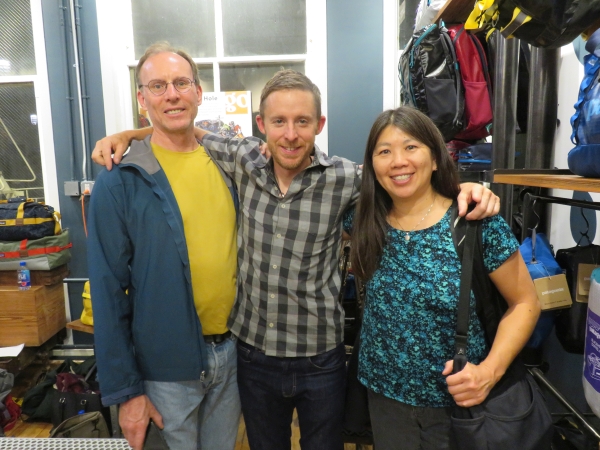 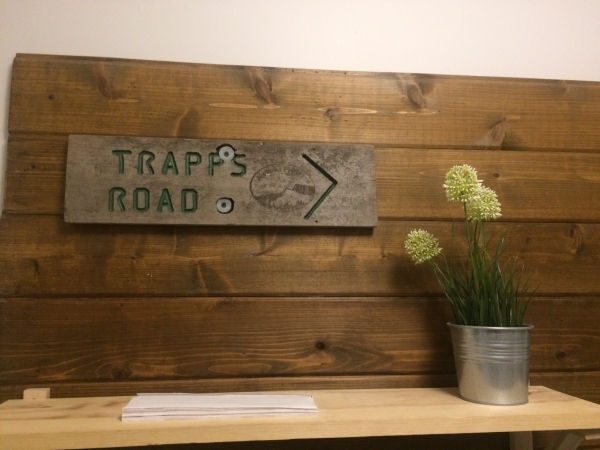 We discovered a little bit of the Gunks in the Patagonia Soho men’s room.