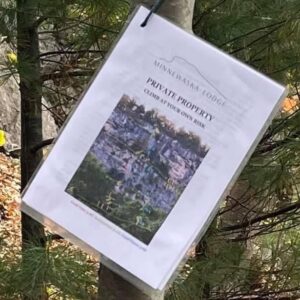 There has been community concern* regarding the placement of new protection and anchor bolts on rock owned by the Minnewaska Lodge. We hope to clarify a few things in this communication. (* The link is to a conversation in a Facebook group, which requires you to join to read.)

On Sunday October 31, the Gunks Climbers’ Coalition met with the installer of the bolts, Erik Phillips, from the Lodge, to discuss the concerns of the community and to learn about the Lodge’s plans. As a result, Erik has been receptive and willing to work with the community. Going forward, he has agreed to work with the GCC’s Anchor Evaluation Committee to assess any future bolting in the area. 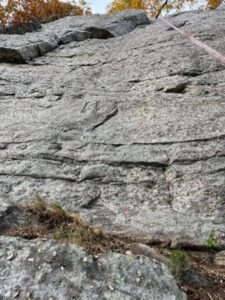 Although bolting has never been a common practice in the Gunks, it isn’t unheard of. It was not until the rise of sport climbing brought concern about over-bolting that the Mohonk Preserve officially banned placing new bolts in the 1980s. The Gunks Climbers’ Coalition’s Anchor Evaluation Committee has since then partnered with the Preserve to establish guidelines for permanent anchors to protect trees damaged by rappelling.

The recent addition of bolts in the Near Trapps, however, has challenged the existing norm established in the Gunks by the Mohonk Preserve and a longstanding commitment to traditional ethics. These recent bolts have not been placed on Mohonk Preserve land, as Minnewaska Lodge owns the section of cliff in the Nears between Giddah to Two Feather Flake.

Most of the privately owned cliffs on the Shawangunk Ridge, some of which also have bolts, are off-limits to the public. It is to Minnewaska Lodge’s credit that they have allowed continued access to their land for climbing.

As a commercial business, the Minnewaska Lodge is a very different entity from the Mohonk Preserve. While the preservation of the cliff environment is important to the owners, the Lodge determined that protection and convenience bolting (the placing of anchors to allow descent from otherwise dead-end pitches) would be a positive way to enhance the accessibility of their property.

As the GCC part of our role is to work with local landowners to help balance safety and conservation, as well as represent the climbing community in issues such as these.

We will keep the community informed of our progress. If anyone would like to be a part of this dialogue, please reach out to us directly. 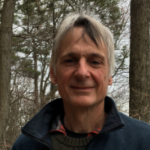