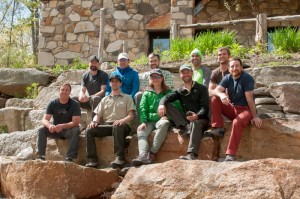 The Mohonk Preserve (MP), in consultation with climbers and guides of the Gunks Climbing Coalition (GCC), agreed that a more active fixed anchor program would improve the preservation of ridge top trees and address the poor conditions of many anchors left along the ridge by climbers over time.  The Preserve established an Anchor Sub-Committee and invited GCC representatives to develop new procedures and policies as to how the Preserve should manage the quantity, location and installation of bolted anchors.  As a result of these discussions the GCC contacted Petzl to see if they could help identify industry best practices and then train MP Rangers and GCC volunteers in the proper installation of their products.

On May 8, 2016, Mohonk Preserve Rangers and Volunteers met at the Mohonk Preserve Visitor Center in Gardiner, N.Y., to receive manufacturer’s training in the selection, installation and management of artificial anchors from Petzl Technical Institute instructors. The training course came as a response to the need for standardization of fixed bolted anchors. “It is clear from the increased popularity of our sport we are having an impact,” said volunteer Christian Fracchia. “Sustainable anchors are part of the solution in protecting the cliff environment.” 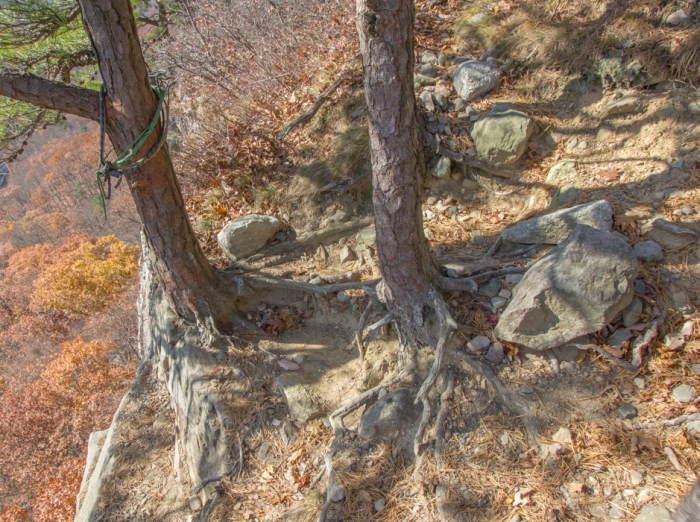 Erosion, tree damage, and non-standardized anchor material atop the popular climb Baby 5.6 in the Gunks.
Photo courtesy of the Gunks Climbers’ Coalition

During a recent nationwide conference, The Future of Fixed Anchors, Access Fund Director, Brady Robinson, opened with these remarks: “One of the things that has changed is that back in the day climbers could place any bolt, anywhere they wanted, and however they wanted to do it. Times have changed…we now have the opportunity to work with land managers, and to have partnerships with climbing organizations to better manage the resource.”

Left: Bolt of unknown origin on the climb Wonderland. Right: The replaced bolt on Wonderland. This new stainless steel anchor bolt, placed according to manufacturer’s instructions, is manufactured to meet EN and UIAA standards. Photo courtesy of the Gunks Climbers’ Coalition

Recognizing that a new fixed anchor model would be needed, local volunteers from the Gunks Climbers’ Coalition began meeting with Mohonk Preserve in 2014. “The old method of using trees and pitons for anchors is unsustainable,” said volunteer Dustin Portzline. “We realized we needed to provide better choices.” With Mohonk Preserve’s approval and supervision, 16 anchors that were leading to tree damage and erosion were replaced with bolted anchors. 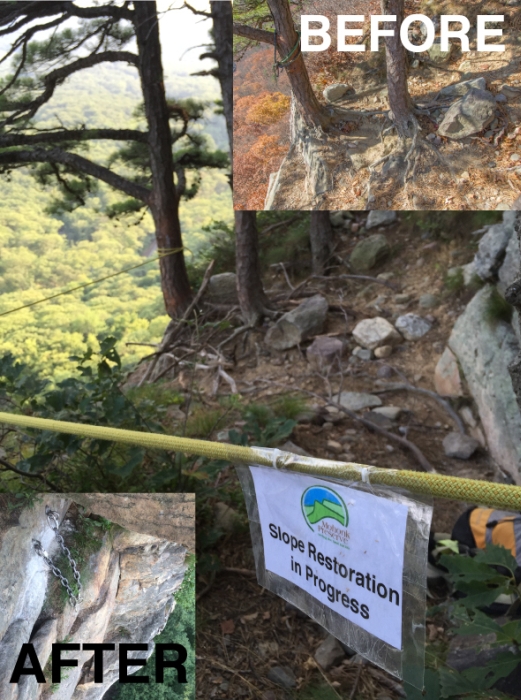 The climb Baby, which was exhibiting erosion, was roped off and new bolted anchors were placed below the damaged tree. The new anchor enables climbers to use a lower risk anchor and avoid having an impact on the fragile zone at the top of the cliff.
Photo courtesy of the Gunks Climbers’ Coalition

Mohonk Preserve is New York State’s largest member- and visitor-supported nature preserve and welcomes over 50,000 climbers each year to over 1,000 routes on the Shawangunk Ridge. For over 50 years, the Preserve has carefully balanced access for hikers, climbers and cyclists with preservation of over 8,500 acres through conservation science-based land management and stewardship.

Mohonk Preserve, in consultation with the GCC, agreed that a more active fixed-anchor program would improve the preservation of ridgetop trees and address the poor condition of many anchors left along the ridge over time by climbers. The Preserve established an Anchor Subcommittee with GCC representatives to develop new procedures and policies for how the Preserve would manage the quantity, location and installation of bolted anchors.

As a result of these discussions, and after learning of anchor placement courses offered in European markets, the GCC approached Petzl about delivering similar manufacturer’s training in anchor selection, placement and management for Preserve Rangers and GCC volunteers. 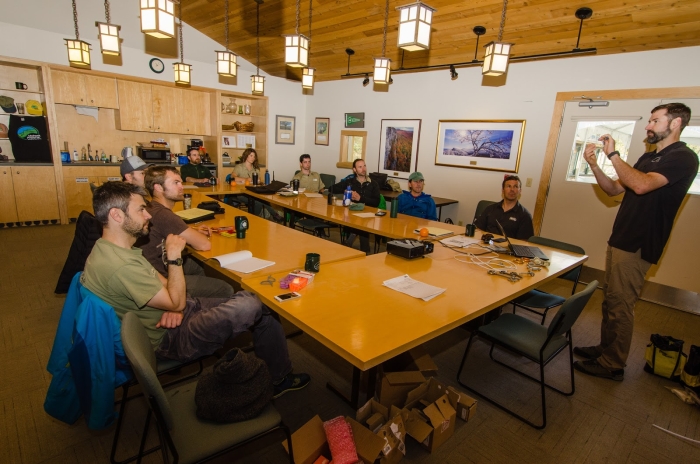 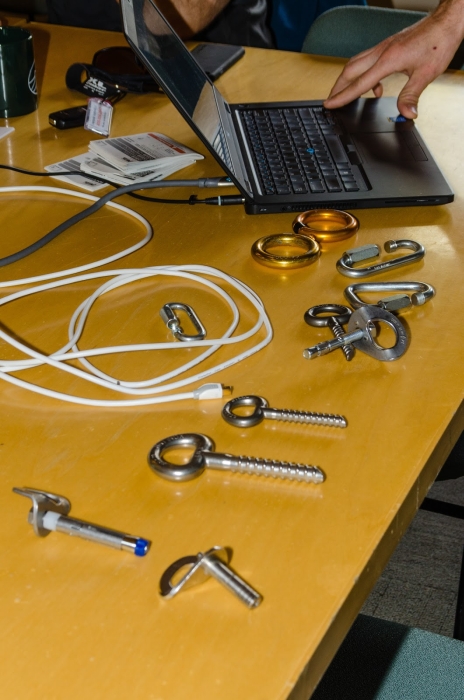 To support and encourage the GCC’s and Mohonk Preserve’s initiative, The Petzl Technical Institute conducted the workshops and the Petzl Foundation provided the anchors and equipment for hands-on practice. Under the direction Rick Vance, Petzl Technical Director and a mechanical engineer, four Preserve Rangers and four GCC volunteers were trained over two days in both the classroom and in the field. Class began with an intensive lecture covering the various types of bolts and their situational pros and cons. “We are providing the knowledge base and scientific background to enable the Preserve to make decisions on what tools will work best for their individual situations,” said Vance. 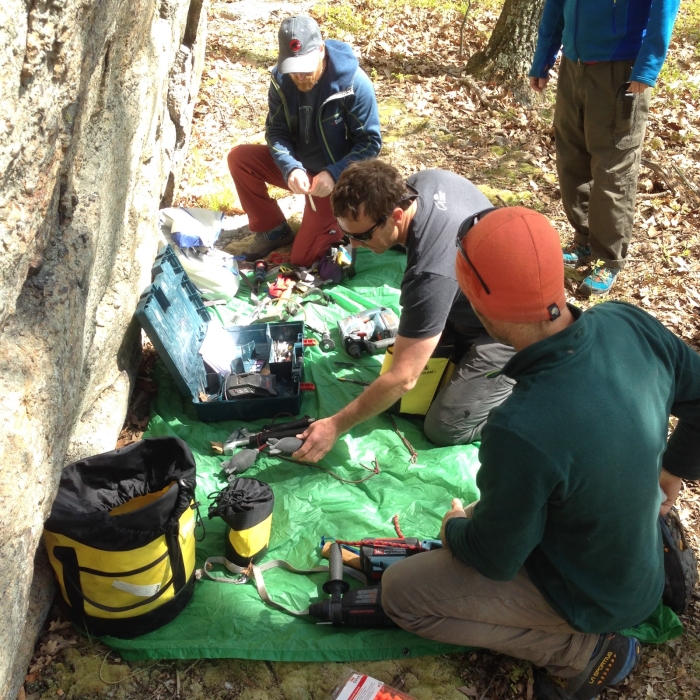 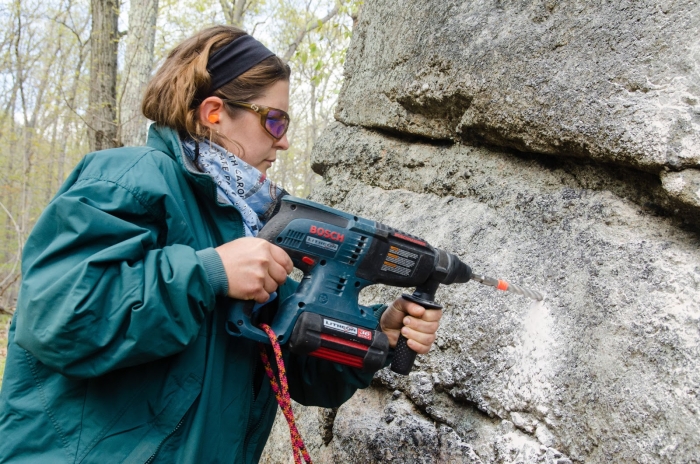 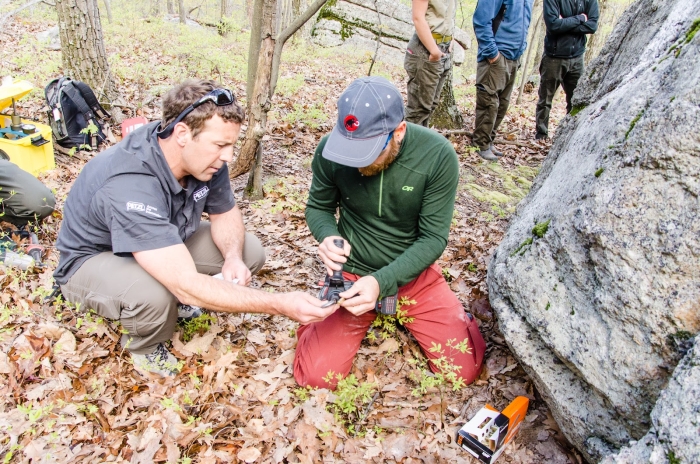 The participants eventually migrated to the field where participants were able to put into practice what they had learned in the classroom. Participants installed both mechanical and chemical (aka ‘glue-in’) bolts, and proof-loaded the anchors to verify the quality of placements.The group also practiced removing bolts and “patching” the holes to minimize the visual impact. 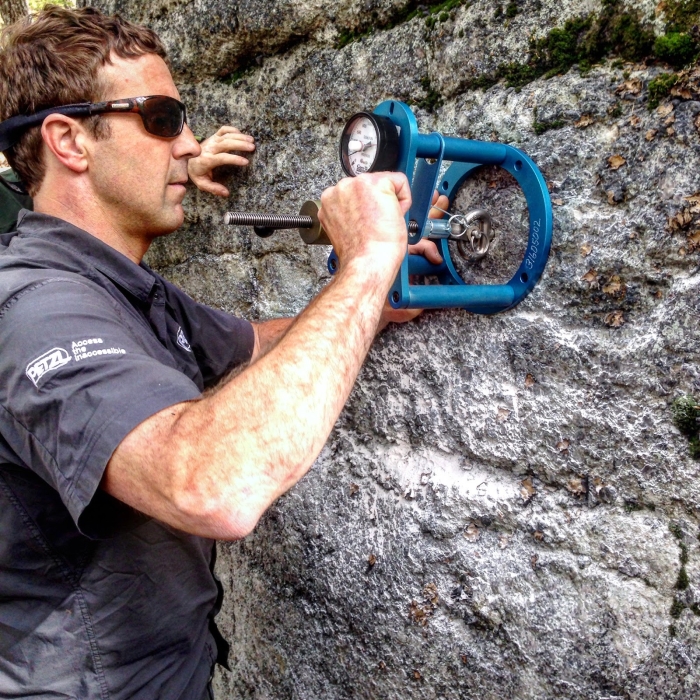 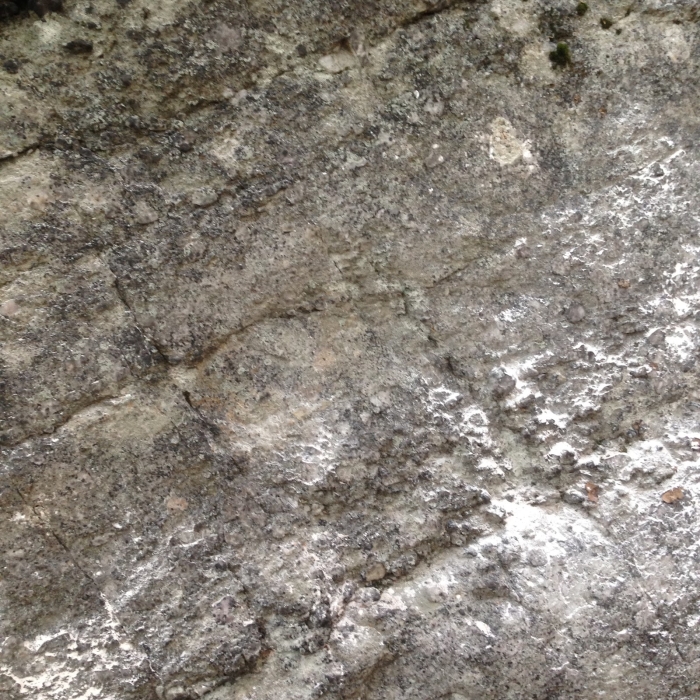 This photo contains five bolt holes that were filled, patched, and camouflaged by participants.
Photo courtesy of the Gunks Climbers’ Coalition

The second day consisted of continued classroom work followed by another round of placement and testing. The course concluded with a summary of everything that was covered. Then it was time for a roundtable discussion of how it would be best for Mohonk Preserve to proceed. The Preserve concluded that it now had the tools and training necessary to formalize a new climbing management plan with a set of standards of how bolts would be selected, installed and managed. 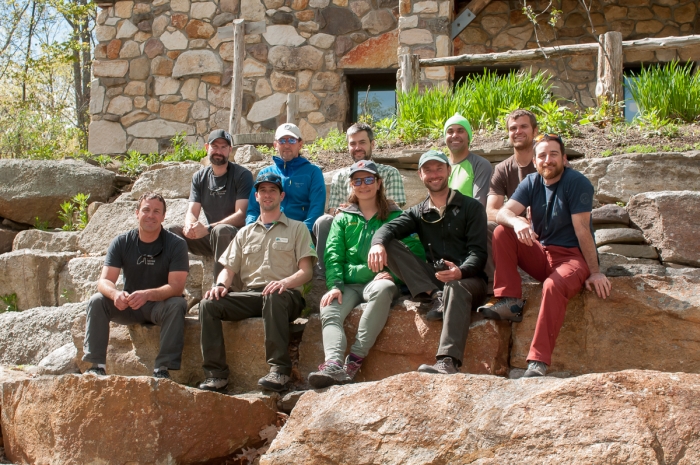 Mohonk Preserve and Gunks Climbers’ Coalition would like to express their sincere gratitude to Petzl for their support in running this course and helping to provide a better experience for climbers while also protecting the magnificent Gunks cliffs.