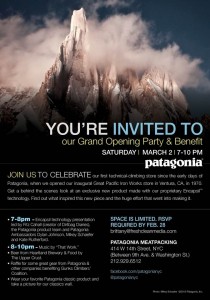 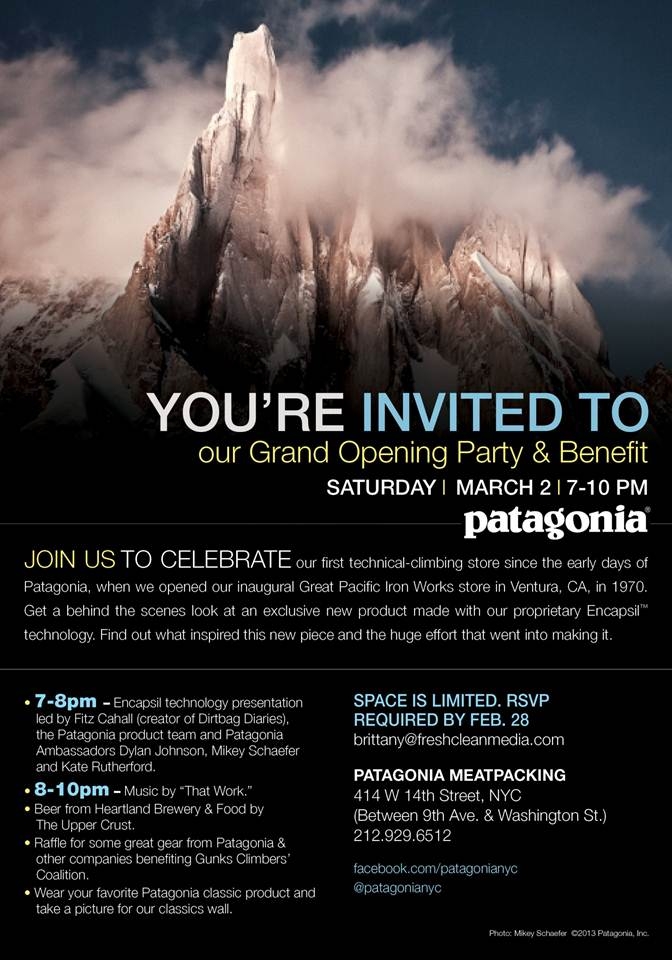 On March 2nd, Patagonia invited us to their private party to celebrate the opening of their technical climbing clothing store in the Meatpacking District of NYC (west side).

During the party, a very valuable raffle was held, and proceeds went to the GCC. Also with their no bag policy, every shopping bag will cost 20 cents, and those proceeds will be donated to the GCC. The party also celebrated the release of their cutting edge 1000-fill waterproof down jacket, the Encapsil.

A team of Patagonia Ambassadors were fresh off the plane from South America to talk about how the jacket performed on their climb on Cerro Torre in Patagonia.

There was great food, drink and music and the GCC is very grateful for their support and the great party!

The photos from the event are posted on our GCC Facebook page. 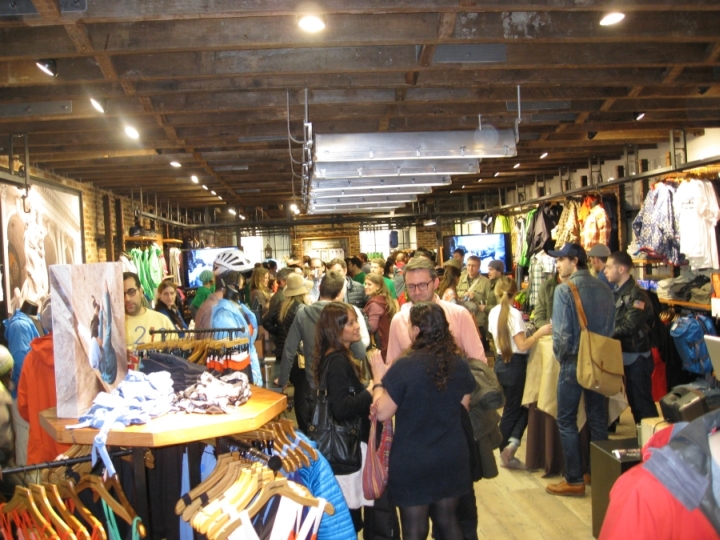 The crowded scene at the Patagonia private party. 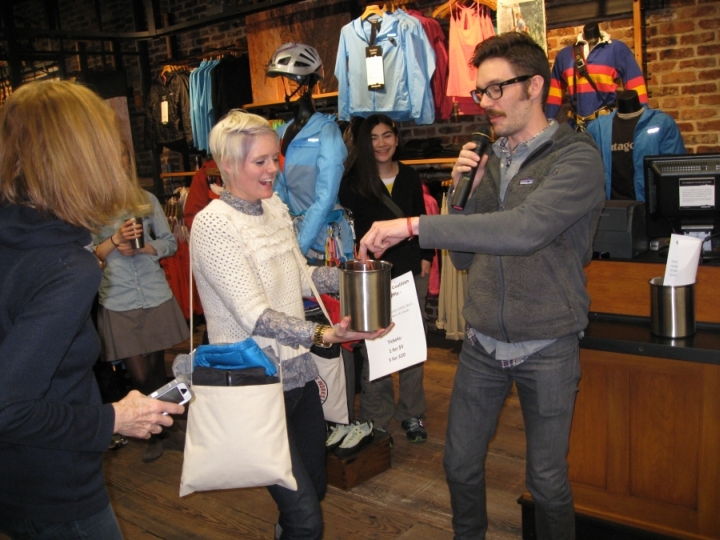 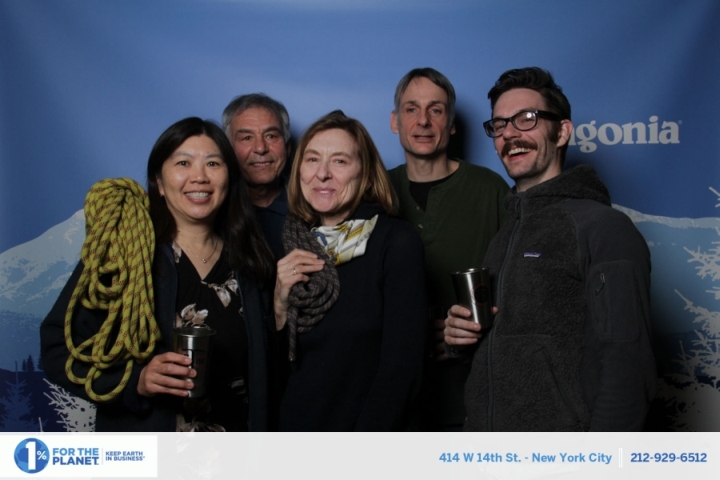