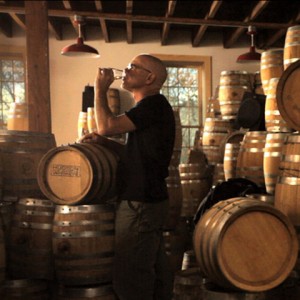 The GCC’s Matt Logan interviewed Ralph Erenzo, a Gardiner resident with a long history in the climbing community, from NYC climbing gym owner, to international distiller of award winning whiskey at Tuthilltown Spirits. 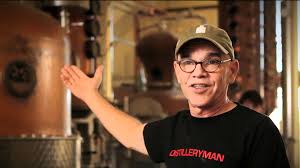 So you’re a climber who moved to the Gunks and became a distiller.

I was a climber the last thirty years, a Gunks climber. I moved to Gardiner in 2001 to open a climber’s ranch for camping and a bunkhouse. Neighbors thwarted that plan so I found my way to distilling spirits at Tuthilltown.

I find climbers are all-in-all a very eclectic and interesting bunch of folk in what they do outside their climbing lives.  Do you find that as well?

It is an interesting fact. There are a high percentage of intellectuals, scientists, physicists, lawyers and such.

You grew up where?

Born in NYC, grew up in northern Westchester county, Yorktown.

How and when did you get into rock climbing?

I was writing for a paper in Portland Maine and was asked to do a piece on learning to rock climb. I signed up for two day session at Eastern Mountain Sports in North Conway, New Hampshire. Joe Lentini was my instructor. And I was drawn to it right away. I was thrilled to find a sport that favored the skinny little guy.

When did you first start climbing in the Gunks?

I moved to New York City from Massachusetts in 1984 and in 1985 I discovered “Rat Rock” in Central Park. It was not long before I started to find leader partners and began to go to the Gunks.

What was the scene like then?  What local notables were you climbing with, if any?

Well I think Lynn Hill was in the Gunks at the time. Al Diamond, Jordie Mills. At that time I was not among the real stars. I became more involved with the star climbers as a result of being appointed the representative of the American Alpine Club at the International Committee On Competition Climbing. The Committee was charged with inventing World Cup Climbing, we were writing the rule book and creating the structure. I got qualified as a Competition Judge at the Snowbird World Cup event produced by Jeff Lowe. It was an exciting time.

How and when did it come about you opening a climbing gym in Manhattan?

It took eight years from the day I decided to build a gym in Manhattan till the doors opened at the Extravertical Climbing Center at 62nd and Broadway. It was actually the third gym I built in NYC. The first was the City Climbers Gym of the City Climbers Club (I was President for five years); then my company Extravertical was retained by ESPN to stage the first four climbing competition units of the ESPN Extreme Games (now the “X Games“). I found the Harkness Atrium on Broadway just as the management company of the coop that owned the building was looking for something new and active in the atrium. We struck a deal and then I had to convince the New York City Building Department, the Coop that owned the building, the police department, the Community Board and the Union that occupied the building next door that it would be a safe manageable operation. In the meanwhile, as I was developing the climbing gym I managed the installation of half dozen gyms across the country in Colorado Springs, New York City, Philadelphia; and staged stunts for clients off buildings and bridges in New York City.

What were the technical challenges to putting up climbing walls?  Was there much in the way of technical support available in terms of industry SOPs and support from climbing wall / hold makers?

I worked mainly with Entre-Prises, which was the most experienced and professional wall engineers and builders at the time. The technical problems were simply engineering which was easy to manage. The hard part was convincing people that it was going to be safe and we would not do any damage. The technical “problems” were typically when assumptions were made about structural or other engineering matters which later turned out not to be so, costing money for reengineering and time. For instance the drawings for the space where we erected the climbing wall for Extravertical Climbing Center showed that the supporting walls were filled cinder block with steel rebars, But when we opened the wall to attach the climbing wall to it we found it was hollow block without any steel support. It required an additional $50,000 in steel work to be installed to support the walls.

What was the climbing gym scene like at the time?  Was it already its own thing to do as a form of recreation (as it seems to be now) or were the climbers at your gym mostly trad climbers or outdoor sport climbers as well?

In the beginning the New York City Climbers Gym drew climbers living in the city wanting to meet other climbers and work out. There was no protocol for operating a safe commercial climbing gym. We had to invent it along the way. But by the time I opened the Extravertical Climbing Center the sport had caught on and many newcomers and tourists made use of the walls. Overall, in fifteen years in the climbing business, I closed up the Extravertical climbing gym and my company with a perfect safety record. No one was every injured enough  to go to a doctor during any of my events or in any of the climbing gyms I operated. I breathed a huge sigh of relief.

Moving to Gardiner & the Gunks

What prompted the big life change to close the gym, buy part of the Tuthilltown hamlet in Gardiner and move up here to create a climbers’ encampment?

Twenty-five years of camping at the “Multiple Abuse Area”, no toilets, no running water, no garbage pickup, no management, high school drinking parties every Saturday night till the wee hours. I decided it was time to “retire” to the Gunks and open that campground. Jordan Mills led me eventually to the Tuthilltown Gristmill property which, as he told me at the time “You can’t afford it, but you have to see it.” When we walked the property I said “This is climber heaven.”

And without getting too gruesome, you were thwarted in your efforts by neighboring landowners? This must have put a significant emotional and financial strain on you?

It was one of the more difficult times of my life. And very difficult for my family. Three years of no income, legal fees, municipal fees, engineers fees and surrounded by neighbors who wanted us gone and were willing to take extraordinary steps to drive us out. One said “Well my only goal is to stall you long enough so you run out of money and have to sell the place and move away.”

And then came the idea of opening a craft/artisan distillery?  Where did that (at the time very unique) idea come from?

I asked the local Zoning Officer to walk the property and tell me what I could do to make a living on the property which I had a right to do, for which I needed no one’s permission. He told me the place is in an Agricultural District and in such an area, under the New York State Constitution you have a right to farm. And a winery is a “farm use” in New York. He pointed me in that direction and during my research into the law and the industry I realized no one had opened a distillery in New York since Prohibition. 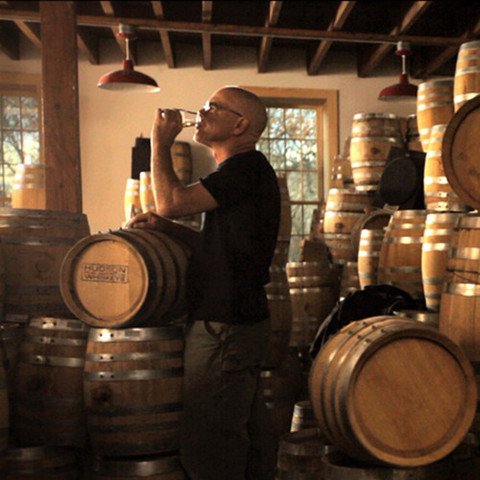 No one else was doing it in New York State and very few others in the country at the time, is that right?

There were no other distillers making whiskey in New York for the first four years we were producing spirits. I believe there were about ten “craft” distillers nationwide.

In order to open and grow your business you had to become an expert lobbyist in the field, working at both the state and federal levels.  Was that something you took to right away or did it grow to be more comfortable?

I was quite lost for a while in Albany. But I had good advisors including Julie Suarez at the Farm Bureau. I recognized the value of distilling to New York farmers and immediately hooked up with the NY Farm Bureau. Julie was the lead lobbyist and helped me to learn the way through the maze. I took to it and I found I really enjoyed it, notwithstanding the frustration and the difficulty inherent in the process. And it helped that we were successful with the Farm Distillery Act.

You’re still a craft distillery but one with an international business presence now.  Did you see that coming, or have that ambition, from the start?

We imagined we’d be world wide successes, but never really expected it. We just wanted a nice regional business and make a living and build up some equity. To break into the very highest levels of the bar and restaurant business I went to Paris and found a distributor and made a name for the brand among the top cocktail bars and restaurants and hotels in Paris. The real international expansion came with William Grant And Sons, which purchased the Hudson brand from us in 2010. Tuthilltown continues to make every drop. Grant distributes the goods worldwide.

And you operate a localvore restaurant as well.

Some of the raw materials for the Tuthill House restaurant are acquired locally. “Locovore” is not how I would characterize the restaurant. Friendly tavern like, modern American cuisine. We feature some locally raised grass fed beef on the menu. And in season local vegetables.

Getting Back on the Rocks

You had a pretty nasty automobile accident a few years ago that almost ended your life and decidedly put your rock climbing on hold.  How are you doing now and when do you think you’ll be back on the rock?

I hope to be back on rock this season. The accident took me off rock since it put me in the hospital in December 2010. Just had my ankle replaced, the last result to be fixed. And the recovery period is almost over.

Any plans for a first route?  What are your favorites you’d like to get back on as you regain your strength?

Nothing difficult. Likely I won’t lead for a little bit. Have to get my strength and my lead head back after more than four years. But my first lead route will be High Exposure. It’s always been my favorite.

Any final words of wisdom to younger climber folk wondering whether or not to move to the Gunks?

Don’t quit your day job. That’s practical wisdom. But the climbing advice would be something I reminded all the gym climbers I met who were eager to get out on rock. “Climbing in a gym is not ‘rock climbing’. Do not simply buy gear and head for the cliffs just because you can do a 5.11 gym route on top rope. Learn from an expert. It’s a craft and it takes time to learn to do it properly and safely.”