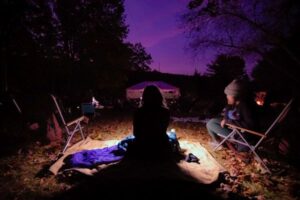 The weather won’t matter for the virtual Gunks Film Fest coming up soon at the end of wintry February. Snowing and blowing outside? That’s fine as long as the screen works and the heat is on inside.

And we sure got lucky!

We had an absolutely beautiful and warm fall evening to unspool the 2020 Gunks Film Festival al fresco for the first time ever. 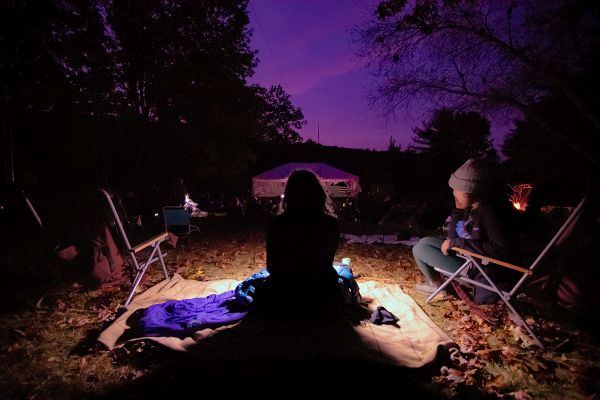 Knowing we couldn’t hold it indoors at SUNY, we were unsure until the last minute that we’d find another suitable venue where we could exercise pandemic precautions. Then the idea was hit upon to try with the Larsen family’s Stone Mountain Farm in Tillson (who are known for holding large festivals) and, crazy rushed though everything was, it all somehow came together with the unfailing generosity of Rock & Snow, the hard work of the GCC board members and, crucially, a handful of new and old friends who volunteered for the evening of the event — every one of those folks who pitched in can’t be thanked enough. 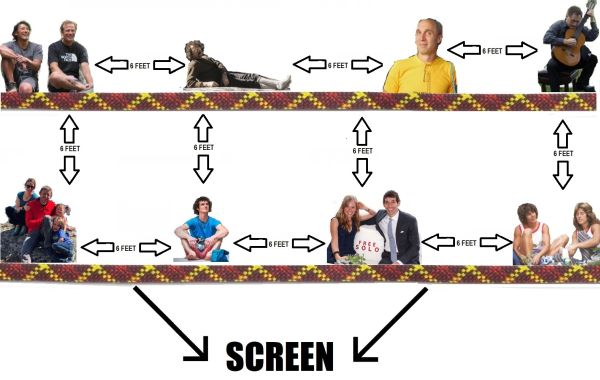 With just two hundred be-masked attendees, volunteers, special guests, and GCC board members total in order to comply with the evolving COVID social-distancing guidelines, the event went off with nary a hitch under clear skies and beside a roaring fire. 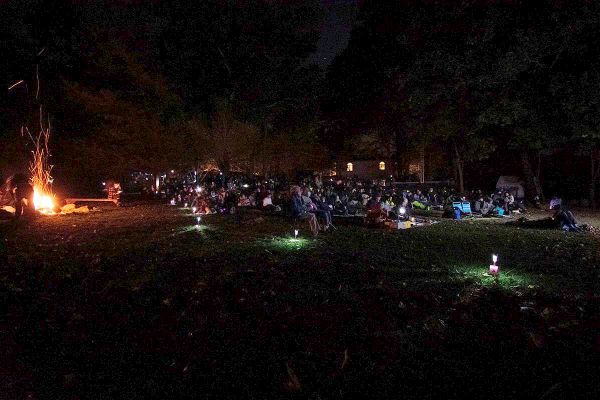 A wholly homegrown affair this year, the fest began with local historian and Mi’kmaq descendent Evan Pritchard’s prayer of land acknowledgment for Indigenous Peoples Day. Evan then gave a brief overview of local tribal histories and landmarks along the Gunks’ ridge, closing with a wonderful poem of his own. 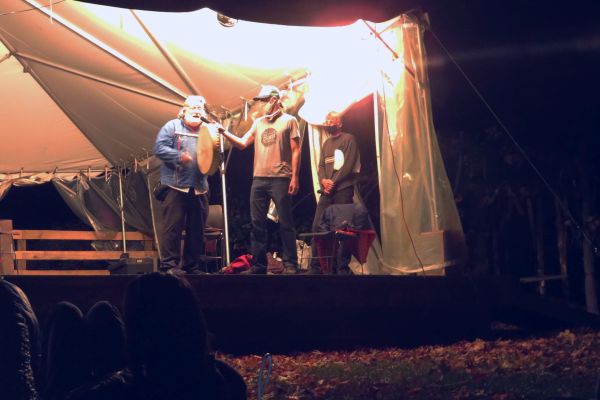 The first film, Conserve: Climbing and Stewardship in the Shawangunks, was directed by the GCC board’s own Chris Vultaggio. Featuring the visages and voices of longtime local climbers, and Mohonk Preserve rangers and scientists, the documentary took an entertaining and educational look at the impact of climbing on the Gunks ecosystem. The film couldn’t have been made without the hardworking staff, at all levels, of the Preserve who made the film, and make the climbing, the great experience it is. 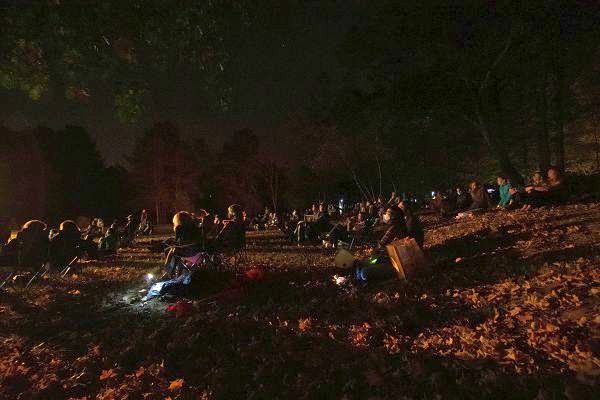 The second film, A Day with the Bank Manager, was directed by local climber Dominic Azoto and featured legendary Millbrook Mountain (aka The Bank) clean-climbing frontiersman Rich Romano. The bio-doc took a look at Rich’s climbing career from the ‘70s and 80’s, when he put up the majority of the badass lines on that steep and iconic cliff, to the present as next-generation climbers give these routes (many of which haven’t seen many repeats) a go.

After the screening, local climber Alex Baer moderated a brief interview and Q & A with Rich and Dominic — and an interesting and entertaining conversation ensued! Big shoutouts to Dominic and Rich for giving of themselves so generously to the fest. 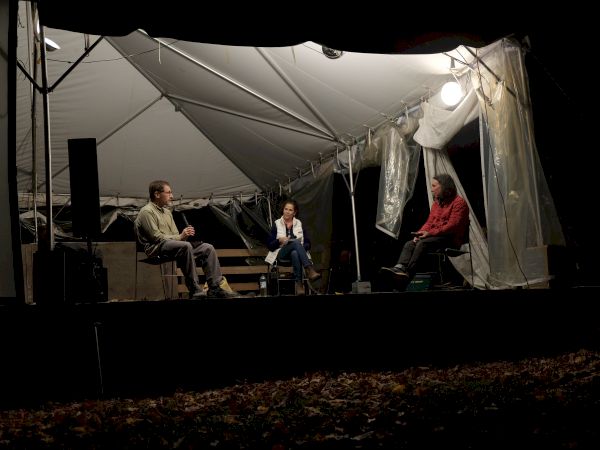 Who knows where the country’s going to be pandemic-wise when the Fall 2021 Gunks Film Fest rolls around. But whether indoors or outdoors again we’d love to keep moving it in the direction of being a local affair featuring local climbing and other outdoor oriented films by local (in a broad sense) folks.

So if you’ve made a film (or need a push to make one) get in touch with us as we put programming together for Gunks Film Fest 2021.

Meanwhile, we hope you enjoy either for the first or second time, within the comfort of your own homes, the upcoming Virtual Gunks Film Fest 2020.