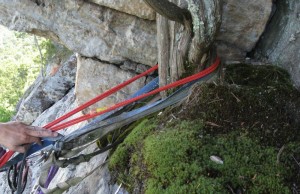 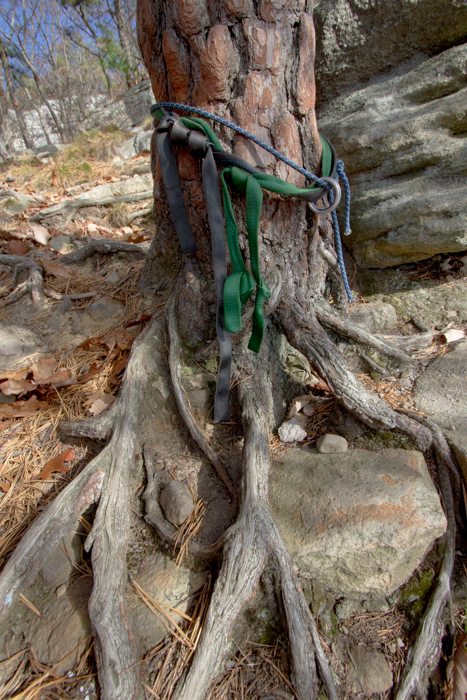 The eroded and stressed tree atop “Jackie”

The Gunks Climbers’ Coalition has been working with the Mohonk Preserve to address rappel anchors. Specifically, the GCC is advocating for bolted anchors to replace tree rappel anchors where trees are suffering from climber impact. Additionally there are some fixed gear rappel anchors composed of pitons and/or other aging hardware that the GCC is requesting be replaced with bolted rappel stations.

At this point the GCC is working with the Preserve on an anchor management plan which will address environmental impact concerns and climber safety. 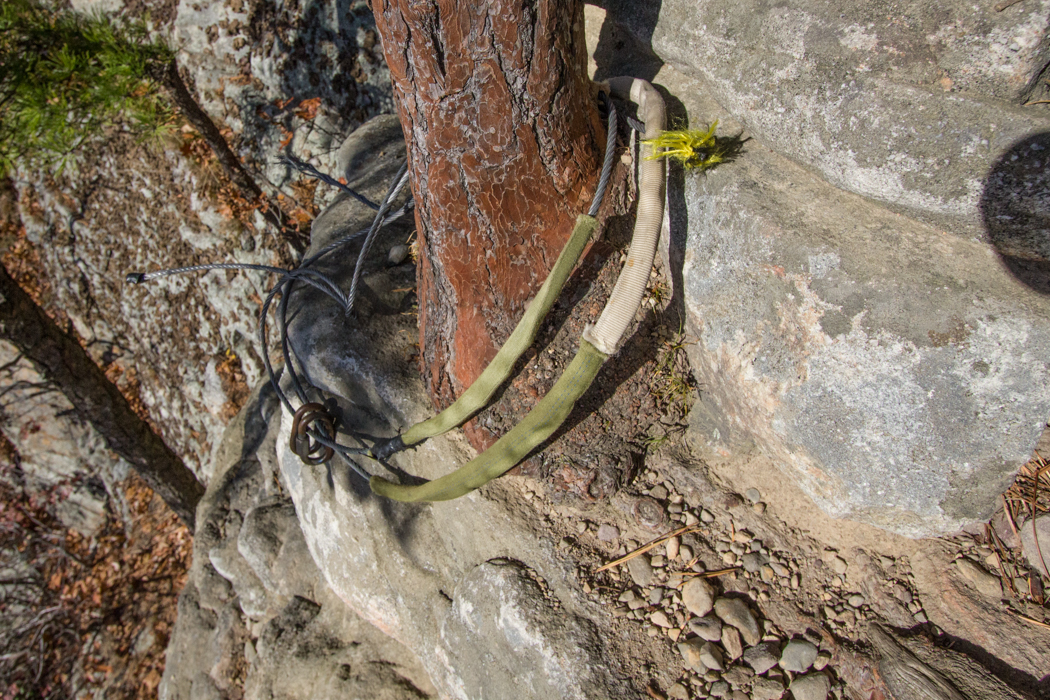 Wear and tear on “Betty”

The survey was conducted over a 3-week period with the bulk of responses being registered in just the first few days. Close to 1,000 people responded and over 14,000 words were written in the comments section. The results and comments were shared with the Mohonk Preserve.

2) There are environmental concerns regarding the state of some fixed rappel anchors in the Mohonk Preserve.
Strongly Agree 53%
Agree 38%
Neutral 5%
Disagree 1%
Strongly Disagree 1%
I don’t know 2%

3) There are safety concerns regarding the state of some fixed rappel anchors in the Mohonk Preserve.
Strongly Agree 53%
Agree 34%
Neutral 6%
Disagree 3%
Strongly Disagree 1%
I don’t know 2% 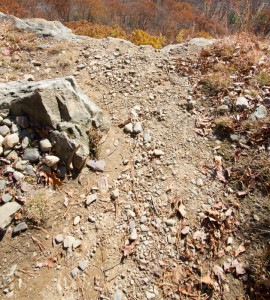 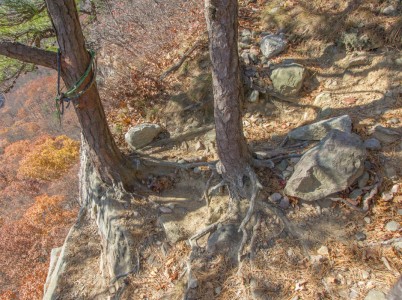