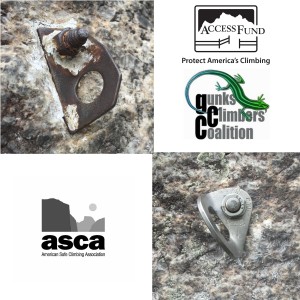 Over the last few weeks GCC board members Christian Fracchia and Dustin Portzline with the help of Andy Salo have been busy replacing fixed protection on climbs in the Trapps! 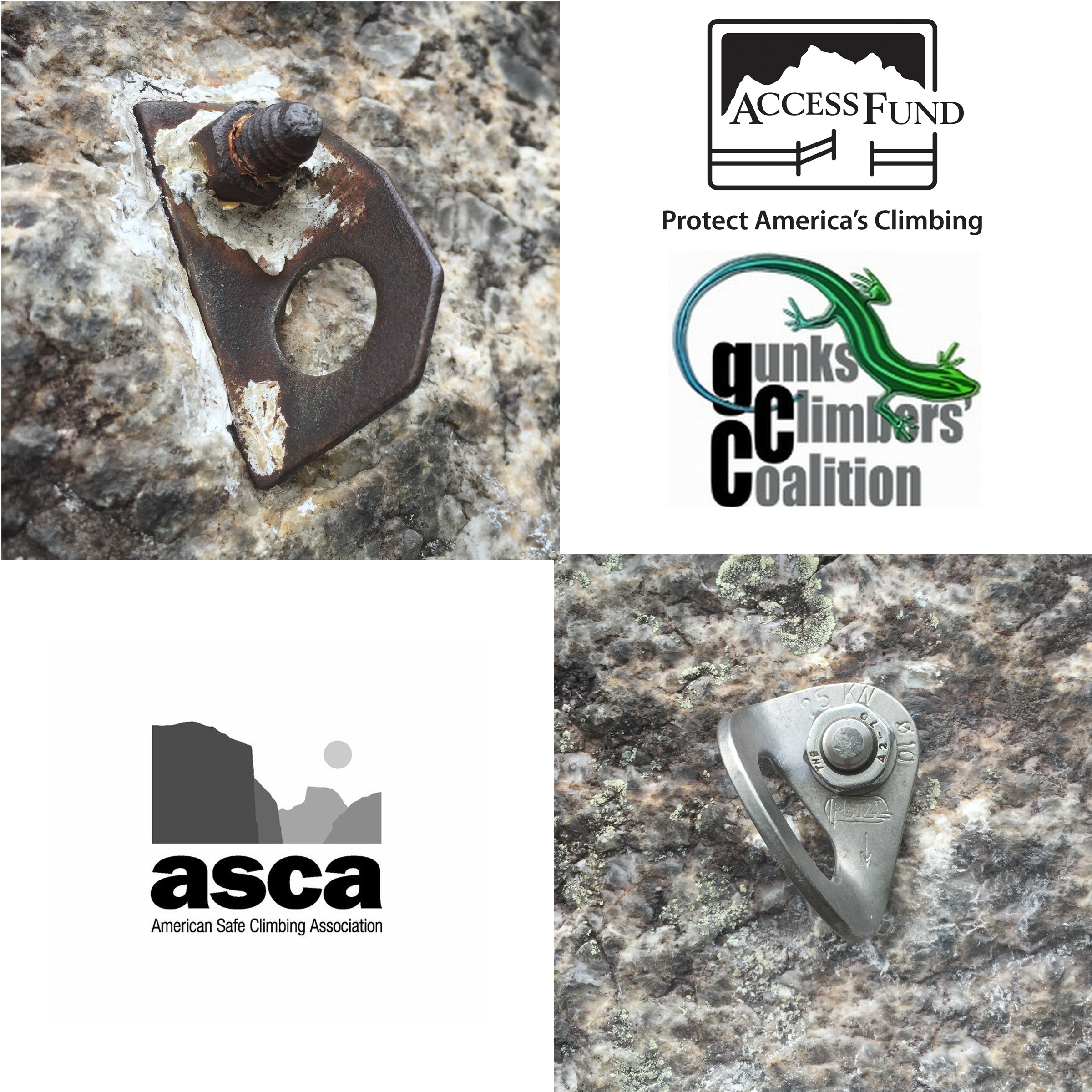 The old bolt and its new replacement bolt on Wonderland.

The quality and strength of aging bolts and pins have been suspect for some time. Arrow’s top bolt was easily broken with an 1/8 of a turn of a wrench! This heavily climbed route actually had the worst bolts of all those replaced. Presumably caused by galvanic corrosion in a mixed-metal bolt and hanger combination. 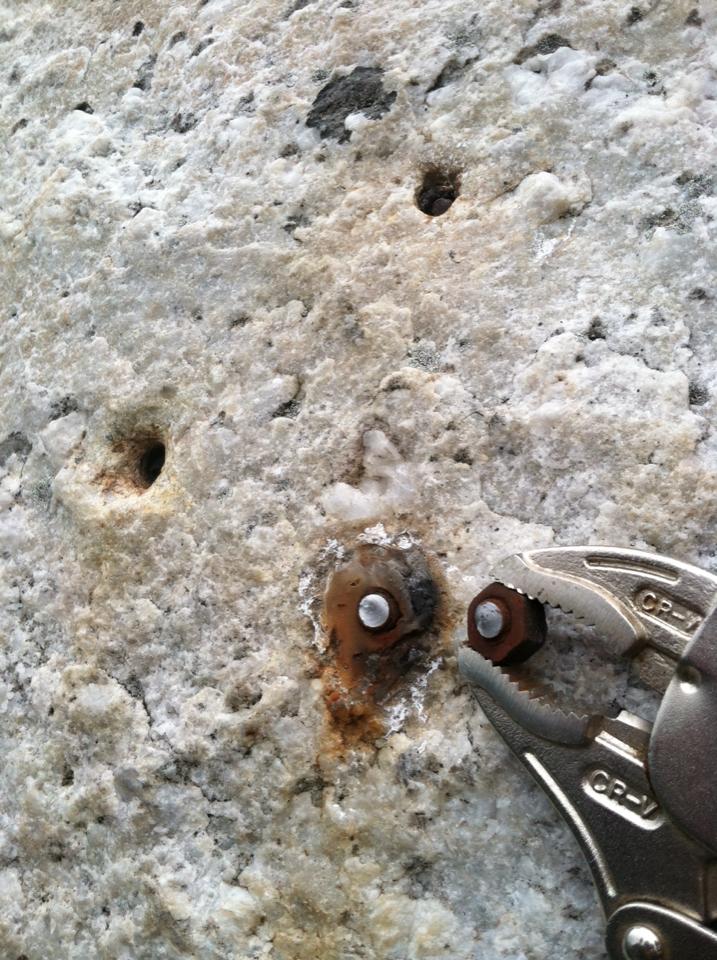 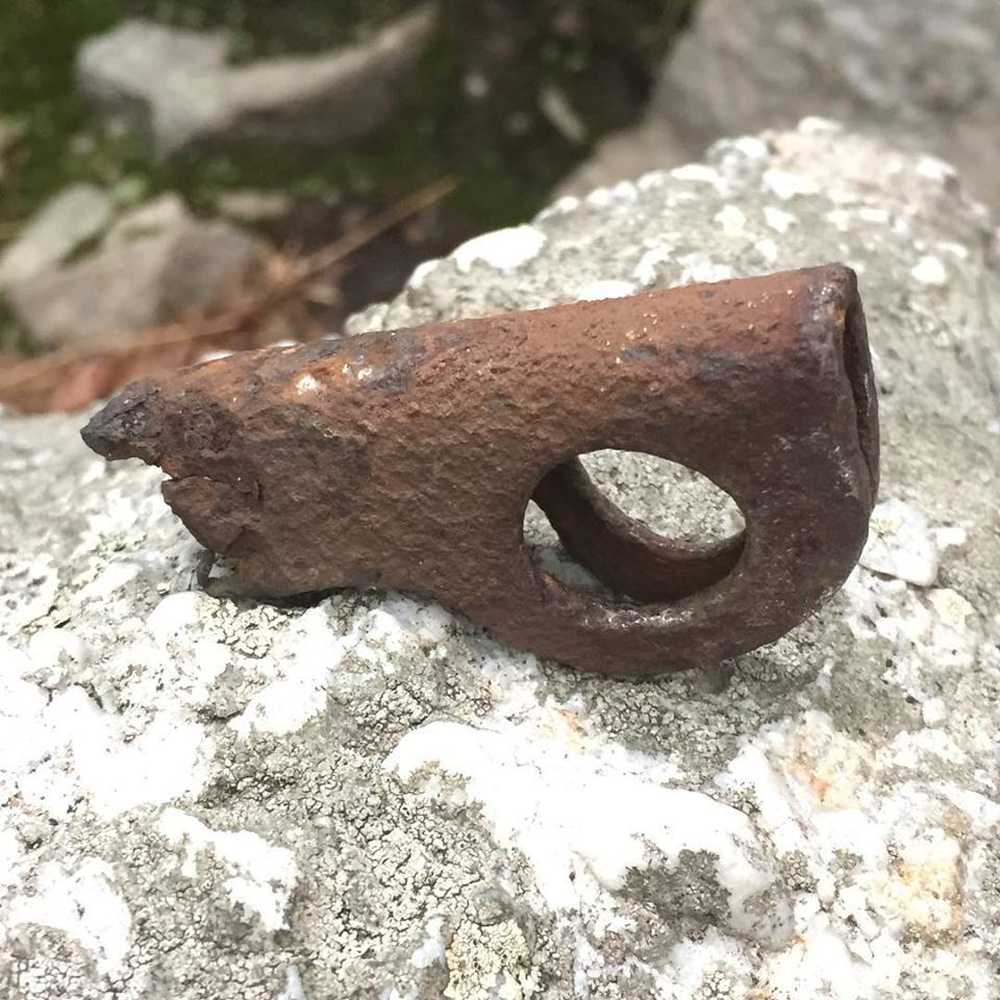 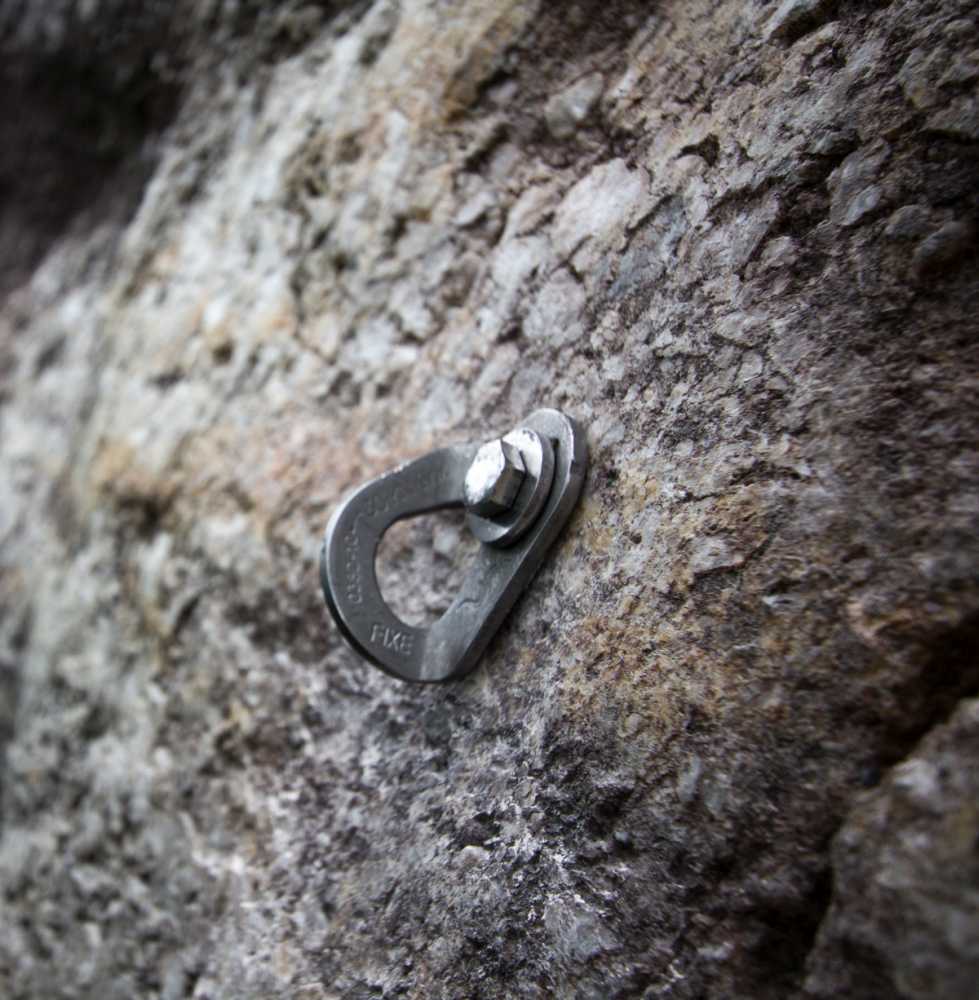 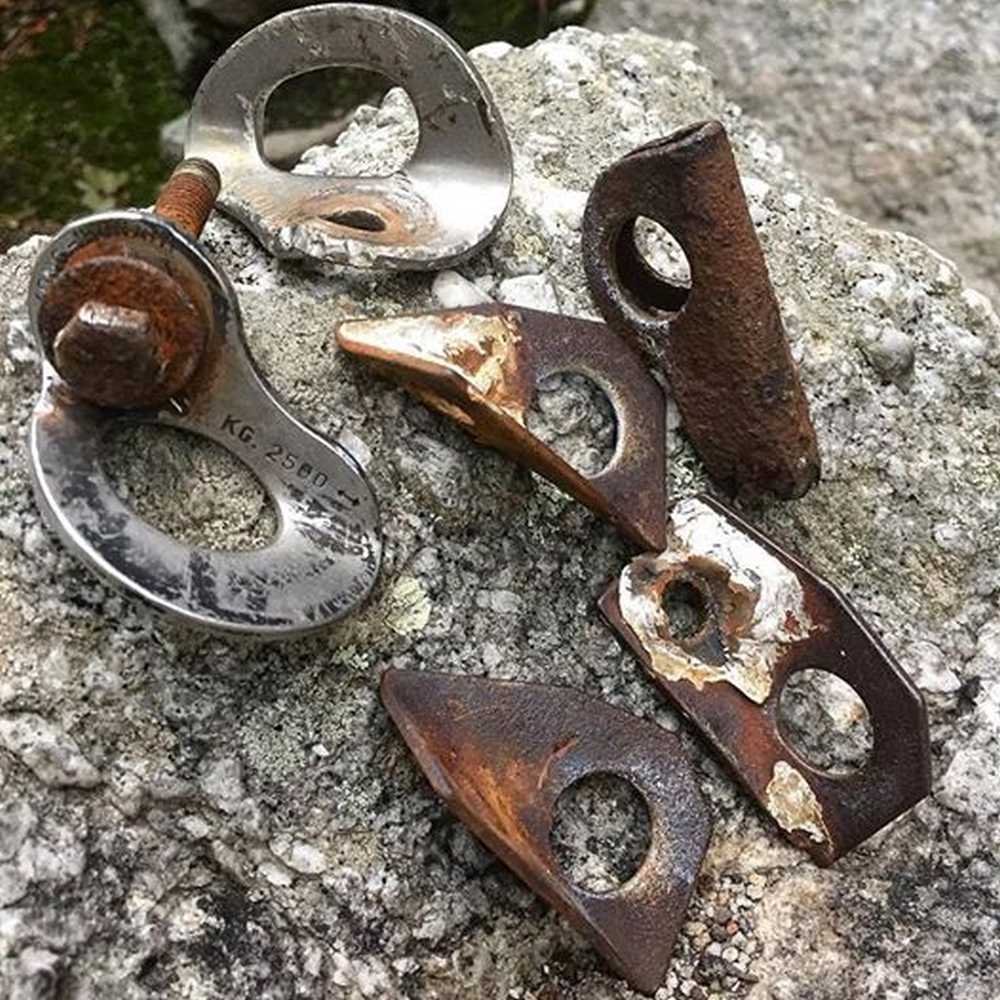 Stainless steel hangers and bolts have been supplied by the American Safe Climbing Association and replaced on the following climbs:

All existing holes and bolts were removed and filled with epoxy and natural stone to minimize our climber impact.

If you would like to help support this project or future ones you can always join the GCC through the Access Fund, donate to the Mohonk Preserve, and/or donate to the American Safe Climbing Association!

Thank you for your continued support and efforts! 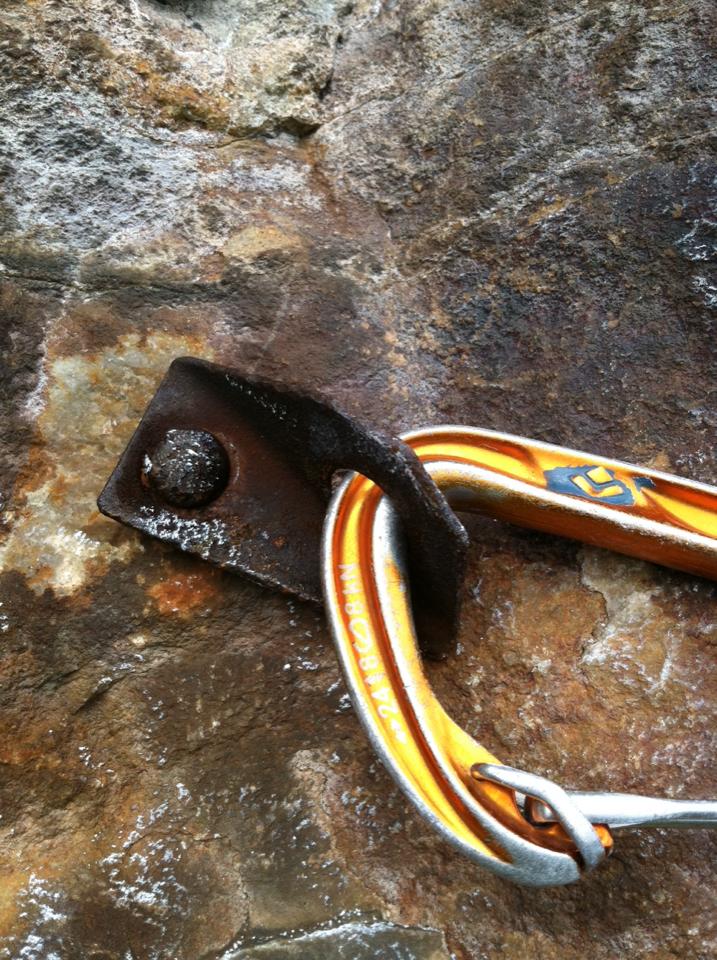 The old Carbs and Caffeine bolt. 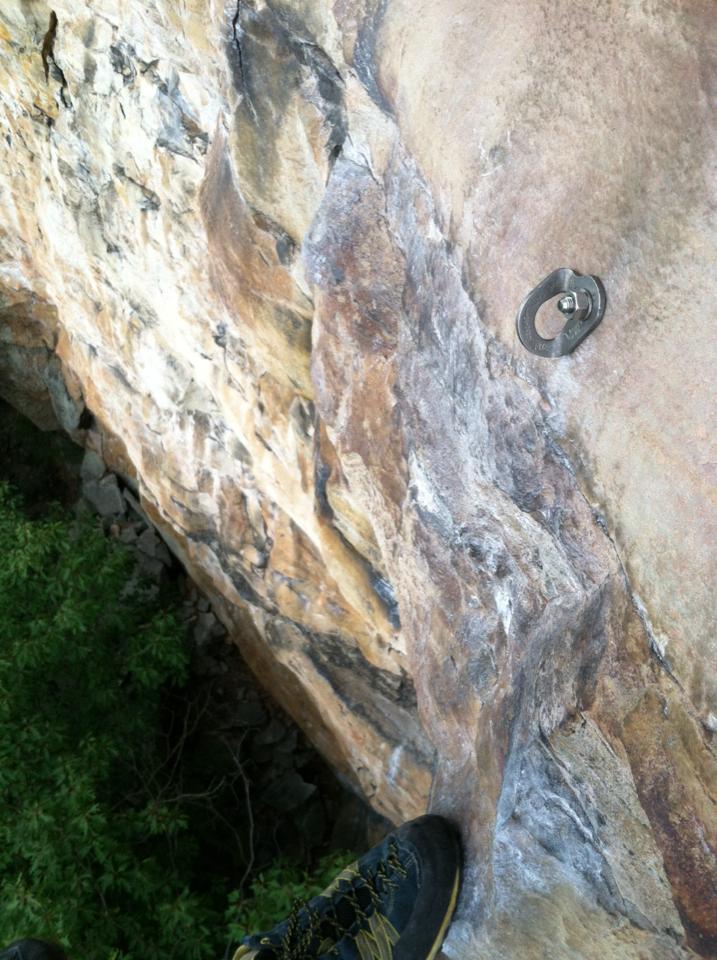 New bolt on Carbs and Caffeine 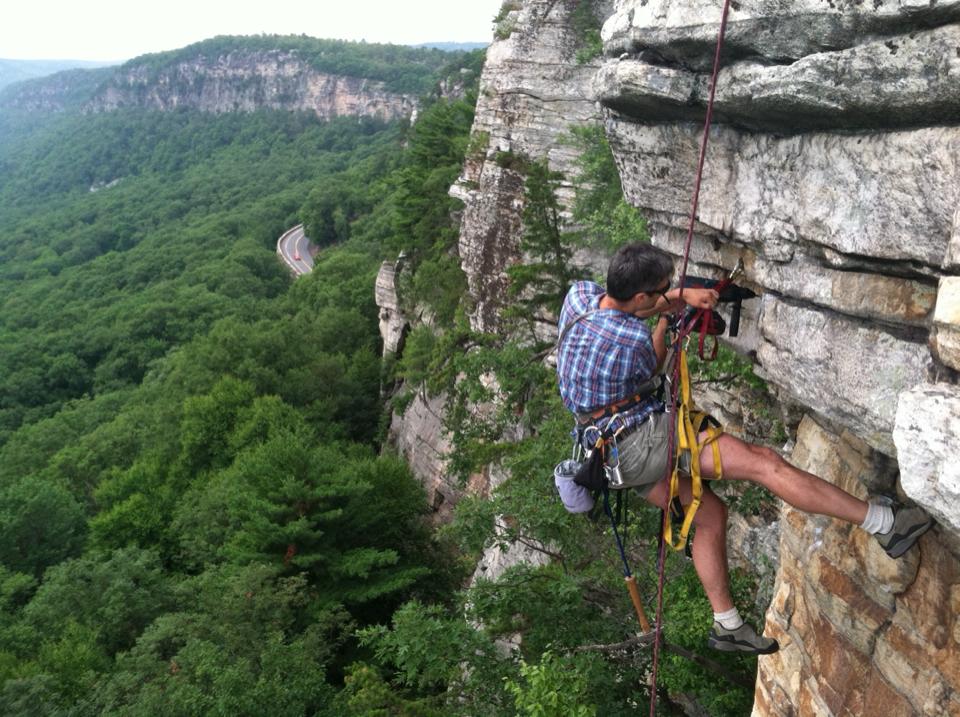 Replacing the bolt on The Blackout. 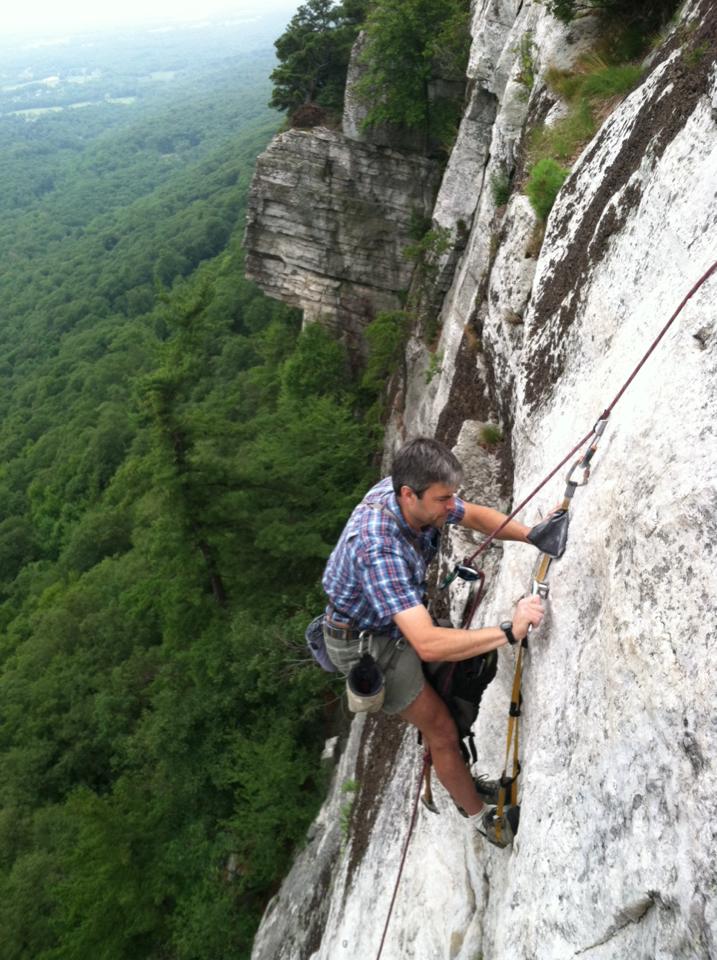 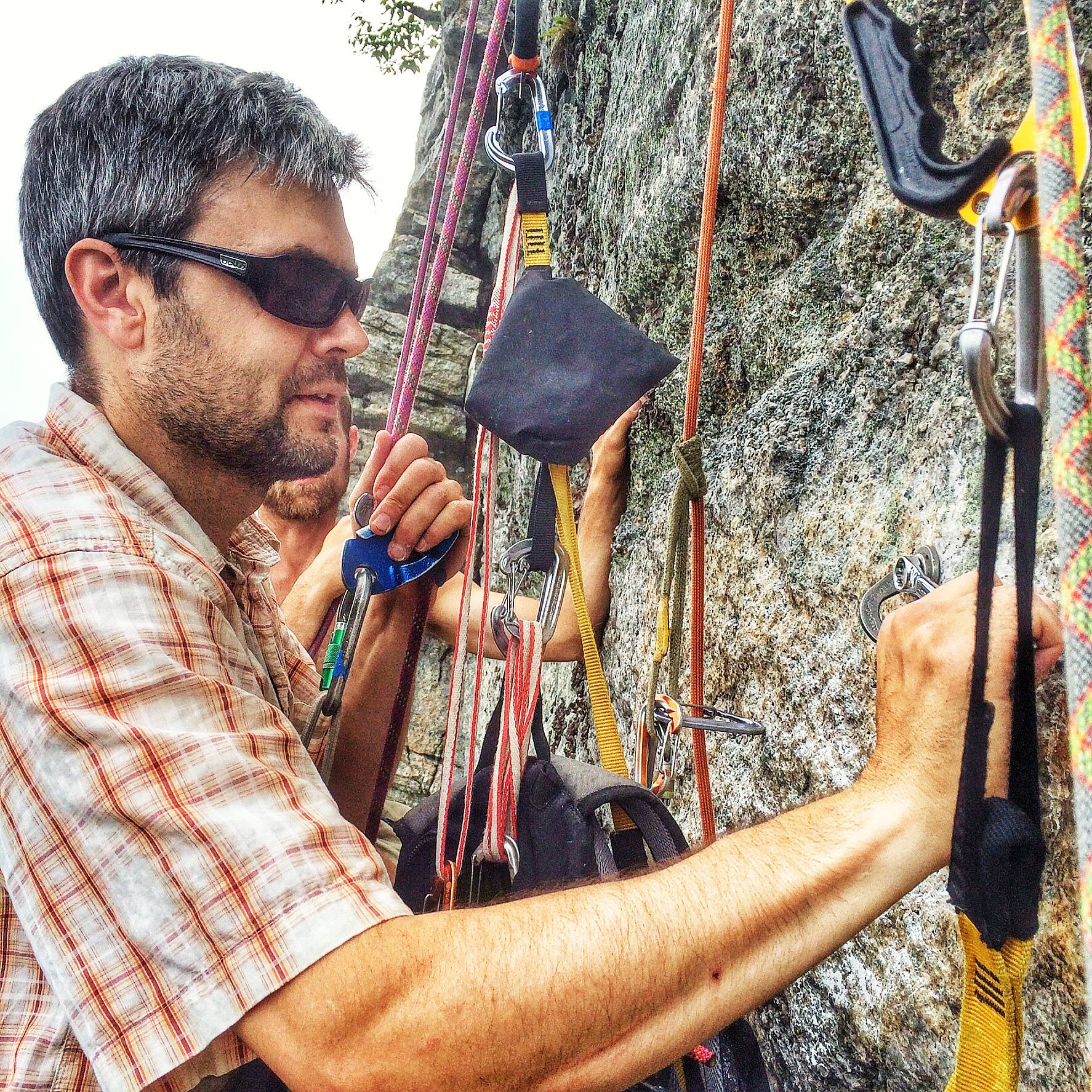 Replacing the bolt on Turdland