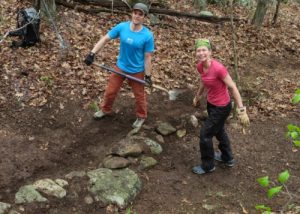 On Sunday May 6, the Gunks Climbers Coalition got together with the Mohonk Preserve for an Adopt-a-Crag, the day after our annual spring BBQ. The morning started out rainy, which suppressed turn-out from the anticipated numbers. But between GCC board members and GCC volunteers, we had a sturdy dozen folks to do some much needed trail work in Lost City, a fabled pocket of the Gunks that stays relatively quiet because of the no-guide-book rule set forth by the Mohonk Preserve (and endorsed by local climbers) and the generally stiff grades of the climbs that include a number of still important trad test pieces. And for those of us who did turn out, Mohonk Preserve staffer Jon Ross provided very welcomed coffee and pastries under a tarp. 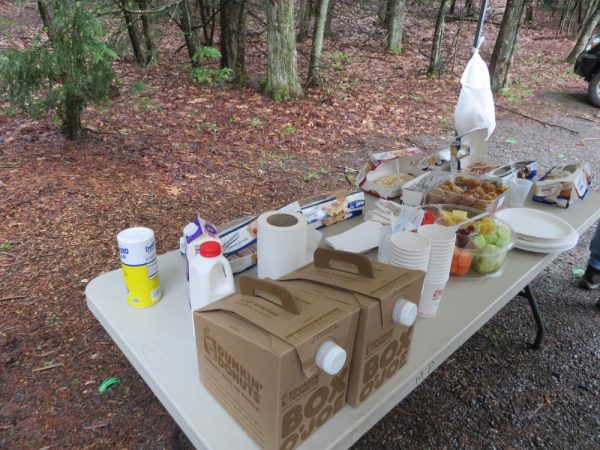 Thanks to the Mohonk Preserve for the pre-adopt-a-crag breakfast!

Catching a break, we enjoyed a totally rain-free morning of trail work led by Mohonk Preserver head ranger Andrew Bajardi. The volunteers split off into a small groups. Spread out along the main trail up to Lost City from the Coxing Kill trailhead, several teams revamped water bars on King’s Lane, controlling erosion on this sometimes gully like path that has to handle increasing amounts of runoff water as climate change continues to increase the frequency and intensity of rain storms in our area. 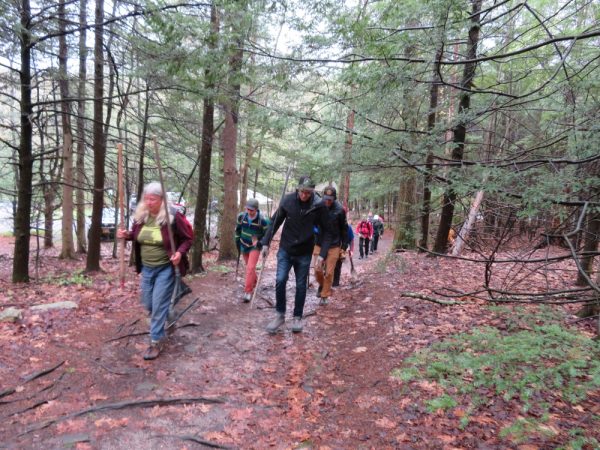 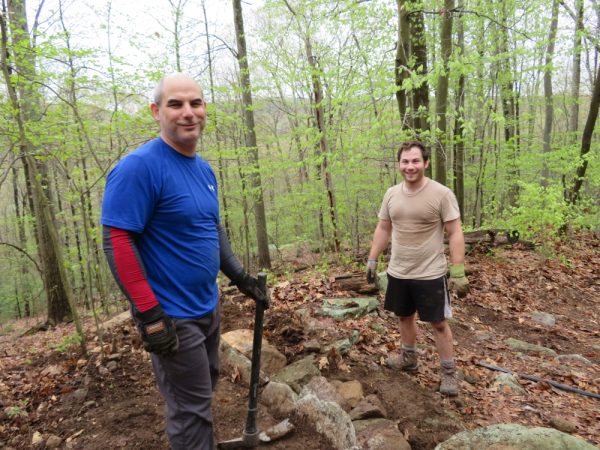 Working on the water bars along Kings Lane.

Others took saws and clippers to the social trails that wend along the base of Lost City, creating as clear a singular path as possible through the jumbled talus boulders that have comprised the area since the end of the last ice age. Along with long trampling climbers, boulderers have greatly increased their exploration and development of the area, putting extra pressure on the fragile talus slope ecosystem. The hope now is that once the newly cleared trail is blazed climbers and boulderers will traverse the area on the designated path only, allowing the vast majority of the delicate mosses and ferns and other flora to recover and thrive untrammeled. 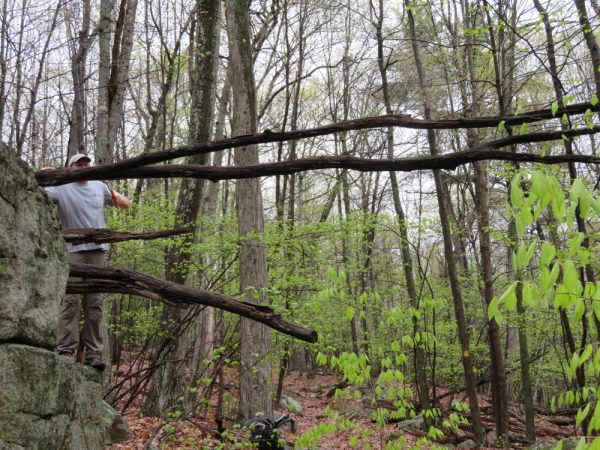 Matt saws off the overhanging part of a dead tree over the trail. 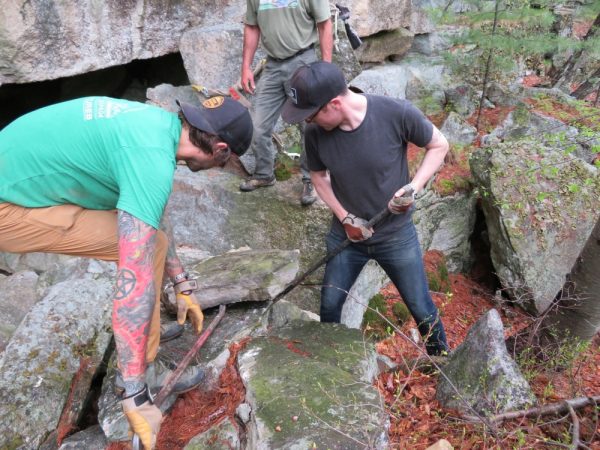 Matt, Eric and Ethan move big rocks on the trail at the base of the Lost City cliff.

The work was completed in about four hours and the cooperating rain came back just as we threw the last of the tools into Ranger Bajardi’s truck and headed out our separate ways. A few stragglers stuck around for an informal tour of some of the highlights of the Lost City cliff for future climbing days.

The next Gunks Adopt-a-Crag in conjunction with the Mohonk Preserve will be in the Fall of this year, date and project still to be determined.