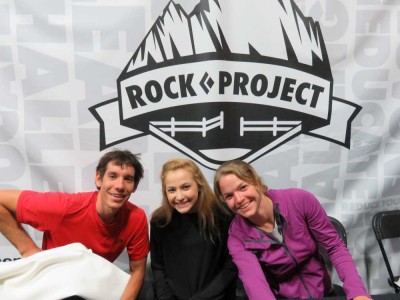 On Saturday, May 2nd, the ROCK Project Tour landed at Brooklyn Boulders for a long day of incredible events spreading the word about responsible climbing. Black Diamond helped to sponsor this amazing 6 city tour with the Access Fund. The event was sold out, with a limit of 75 participants at $75 each. Quite a bargain considering the ticket included a year’s dual membership to the Access Fund and Gunks Climbers’ Coalition, clinics with the best climbers in the world, a bus to and from the Gunks, meals, day passes to the Mohonk Preserve, and two fantastic parties! Gunks Climbers’ Coalition board members, Jannette Wing Pazer and Matt Logan were in attendance, as well as Access Fund’s Brady Robinson, Executive Director and Travis Herbert, Education Director. A number of Black Diamond employees were there, representatives from climbing gyms, and the media, including Outside Television who was filming the event. 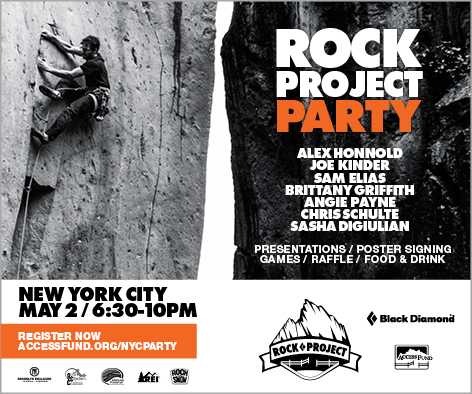 The main objective of the ROCK Project Tour?  “This initiative works to engage the climbing community and activate positive social norms, backed by consistent educational content, messaging, and programming that is specific to regional access issues and environmental concerns. Ultimately, climbers that are stewards and responsible users of outdoor climbing resources promote a positive identity for themselves and climbers as a whole, mitigating threats to access. ROCK Project is at the center of this movement.” In other words, as climbers, we need to be responsible for our actions and stewards of the land we climb on or we risk losing access and damaging the environment. We need to start at the beginning – mentoring new climbers, and leading by example for all climbers. Many attendees were fairly new climbers, some had never climbed outdoors. 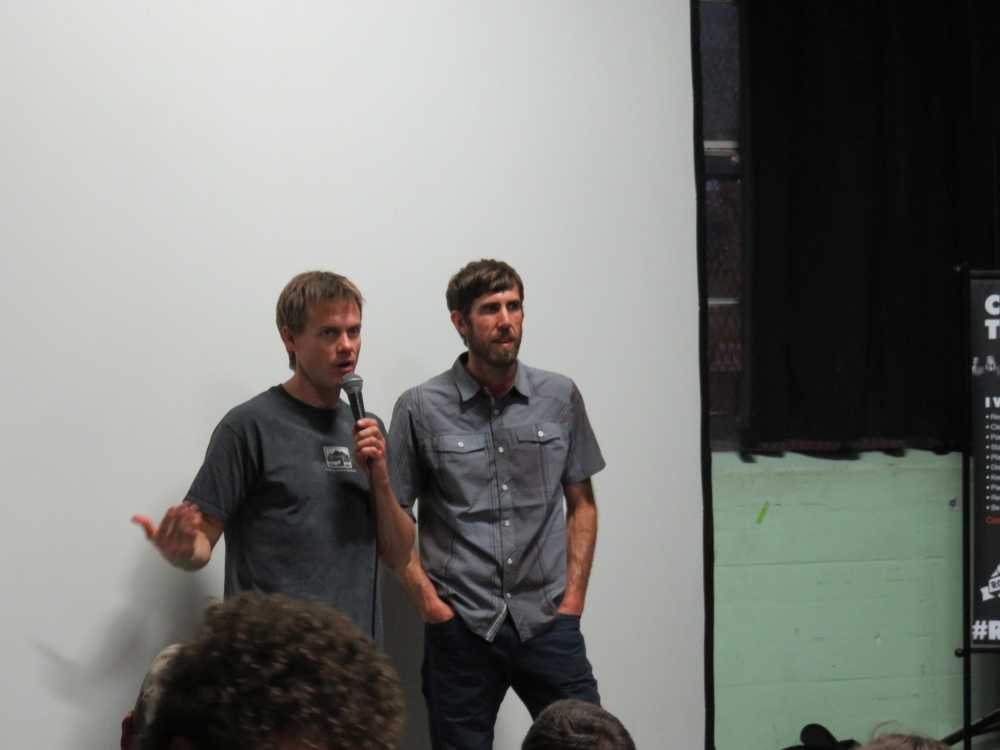 The guys at the Access Fund responsible for this project: Brady Robinson, Executive Director and Travis Herbert, Education Director. 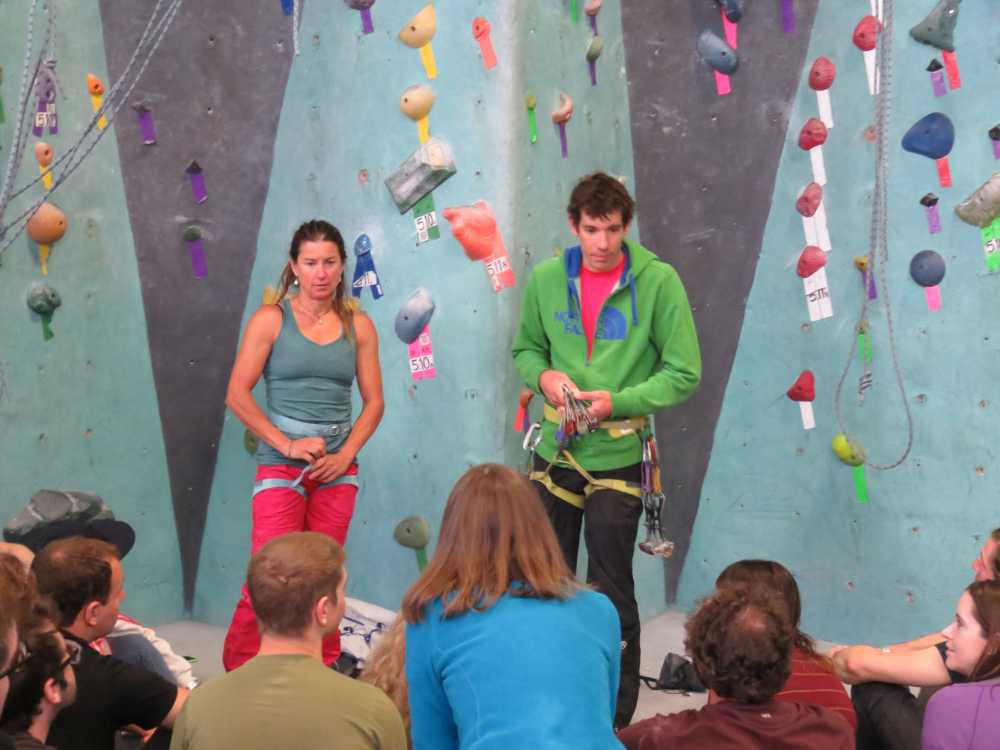 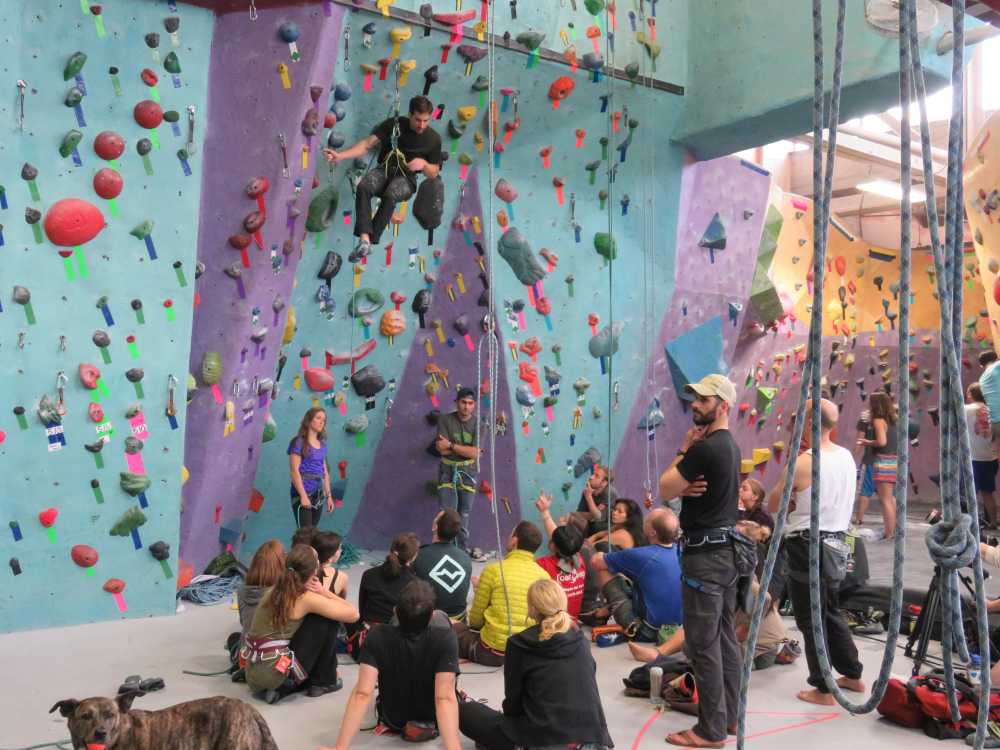 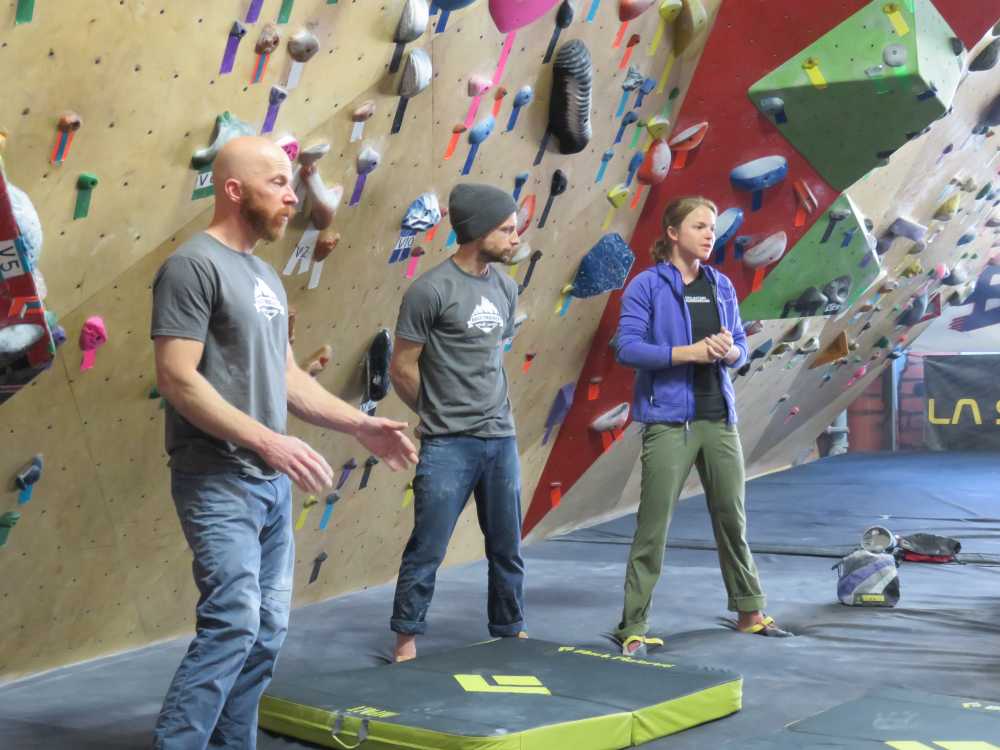 At 6:30pm, the party got started! It was open to the public – as long as you were a GCC/Access Fund dual member. Many additional people attended besides the ROCK Project ticket holders. Raffle tickets were sold as well. After enjoying free drinks and a delicious BBQ Buffet, the pro-athletes sat at a long table to meet everyone and sign posters. It was a great way for everyone in attendance to get a chance to talk to the professional climbers and get their pictures taken. 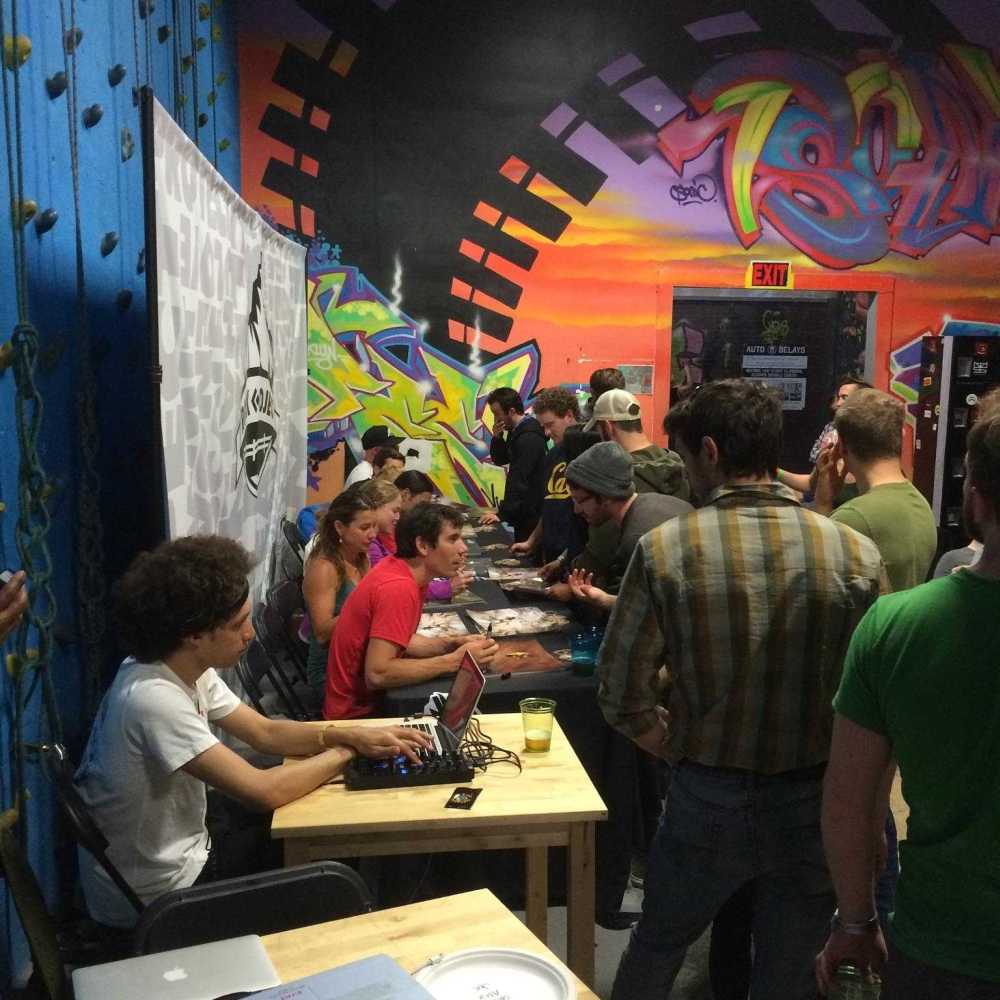 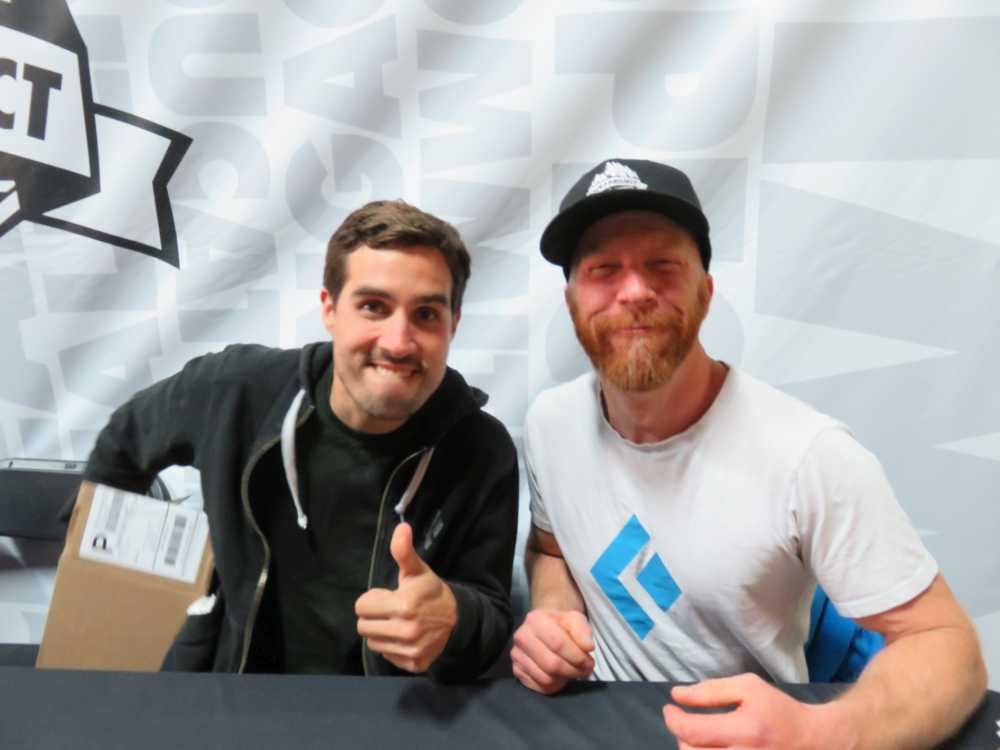 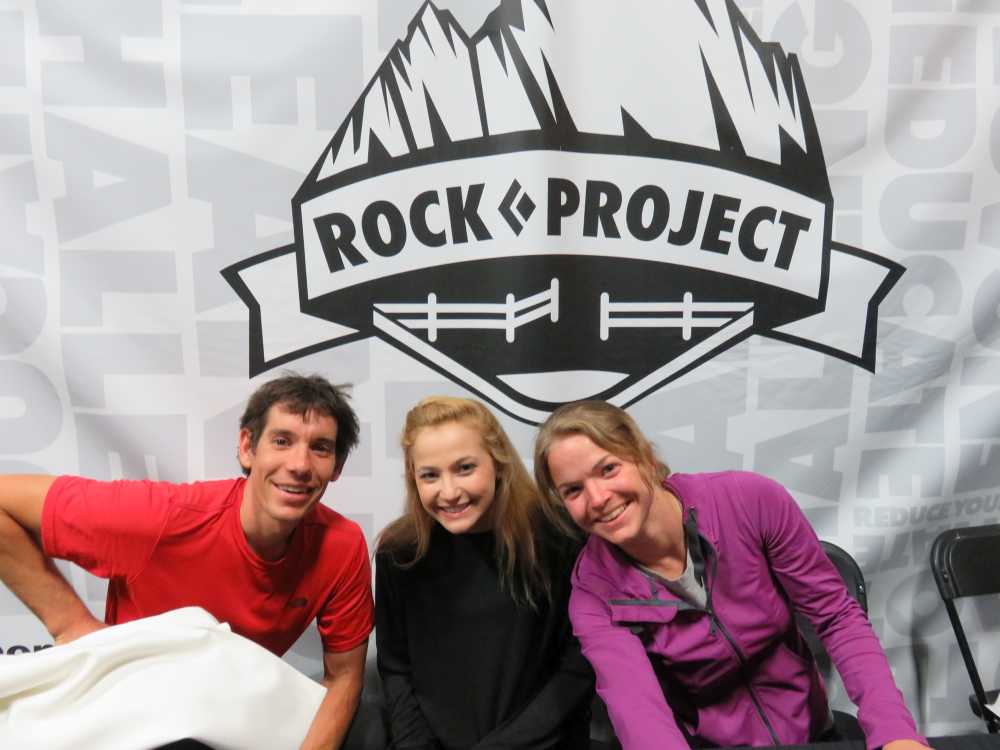 The presentations were kicked off with some words from Access Fund Education Director, Travis Herbert, and Access Fund Executive Director, Brady Robinson. Gunks local Chad Foti was the first to present. Chad is the founder of the New Paltz Climbing Co-Op, recently tragically burned to the ground. Chad showed some slides from his climbing adventures all over the world, but focused on showing the damage to the environment that climbers have caused. Sam Elias told of his climb to the summit of Mt. Everest, and showed a video of “The Nosewipe”, cleaning and hauling out 150 pounds of trash from the Camp VI crack of “The Nose” on El Cap. Angie Payne showed how she went from a gym rat to appreciating the environment when she started taking photos of the scenery during rest breaks while working on her project at Rocky Mountain National Park. Sasha DiGiulian also talked about her start in climbing and experiences. Alex Honnold gave a visually stunning presentation about his trip to Chad and discovering how dramatically different life was for the people there, and how his Honnold Foundation helps to bring sustainable solar power to disadvantaged people. Joe Kinder was the last to present, with his honest and heartfelt story of how he made a huge mistake by cutting down a tree at the base of a route he was developing, faced public criticism and has now devoted himself to spreading the message of responsible climbing. 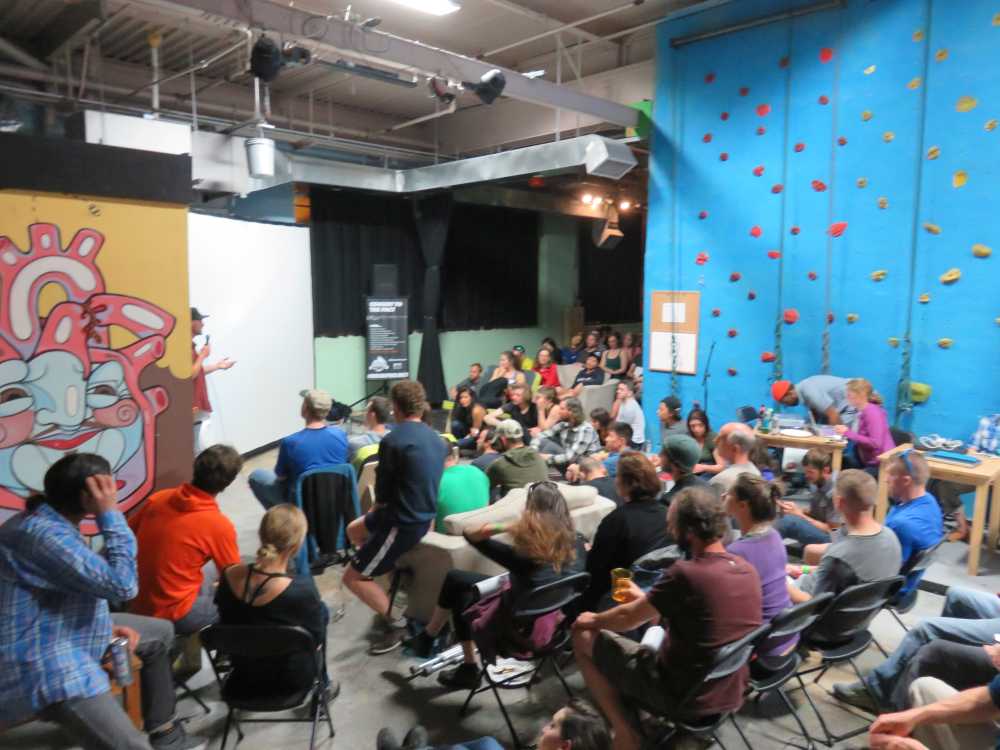 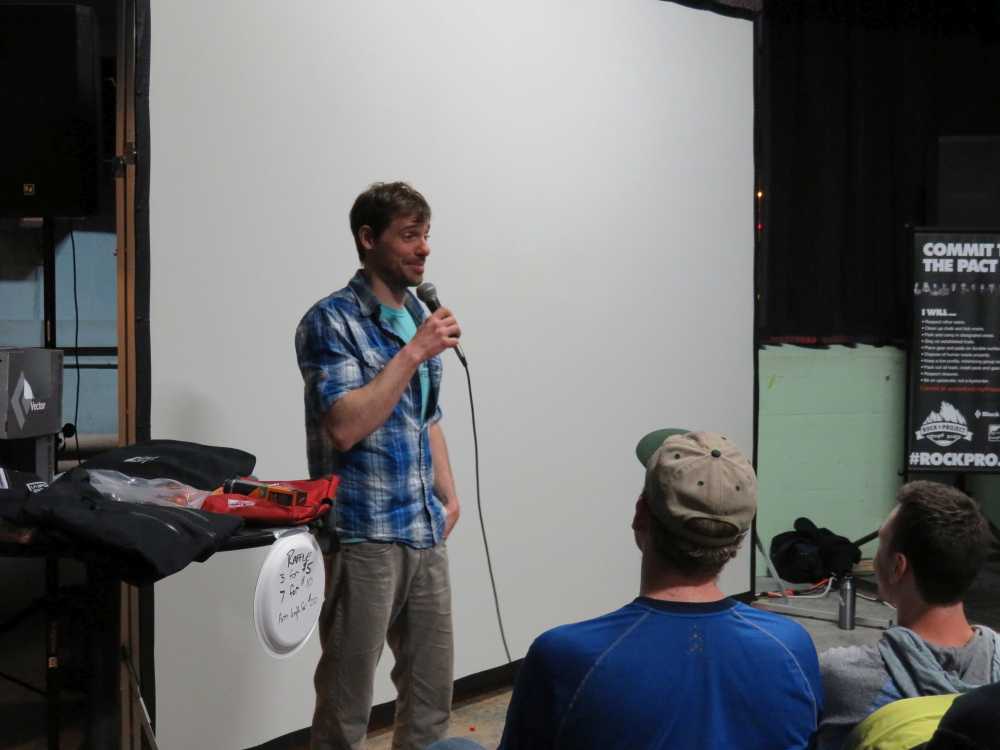 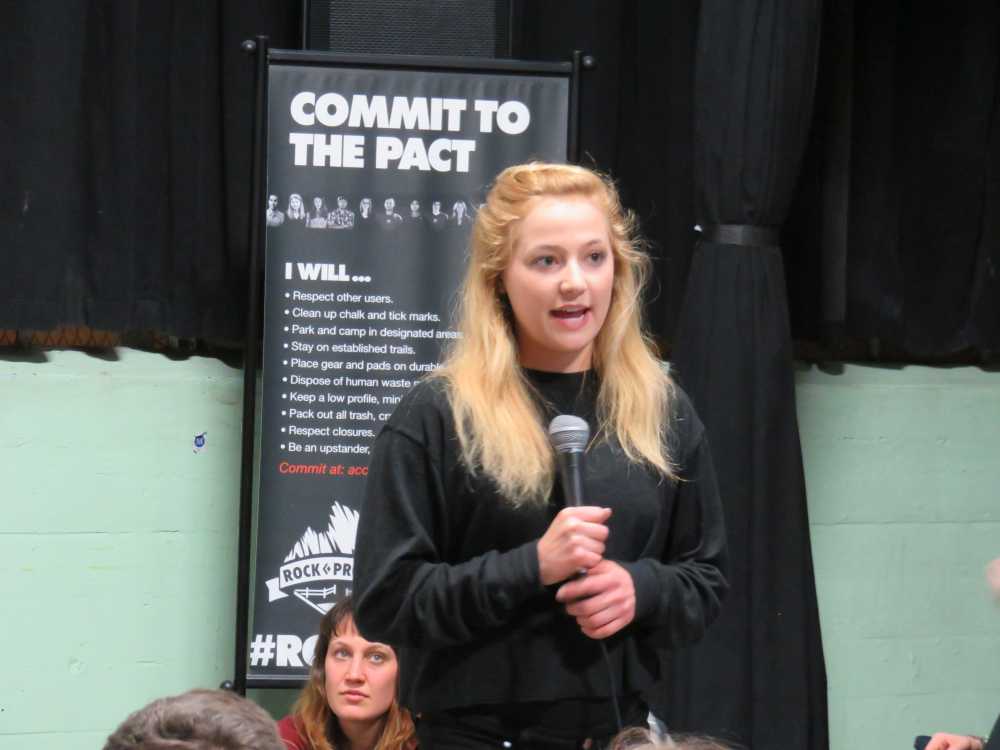 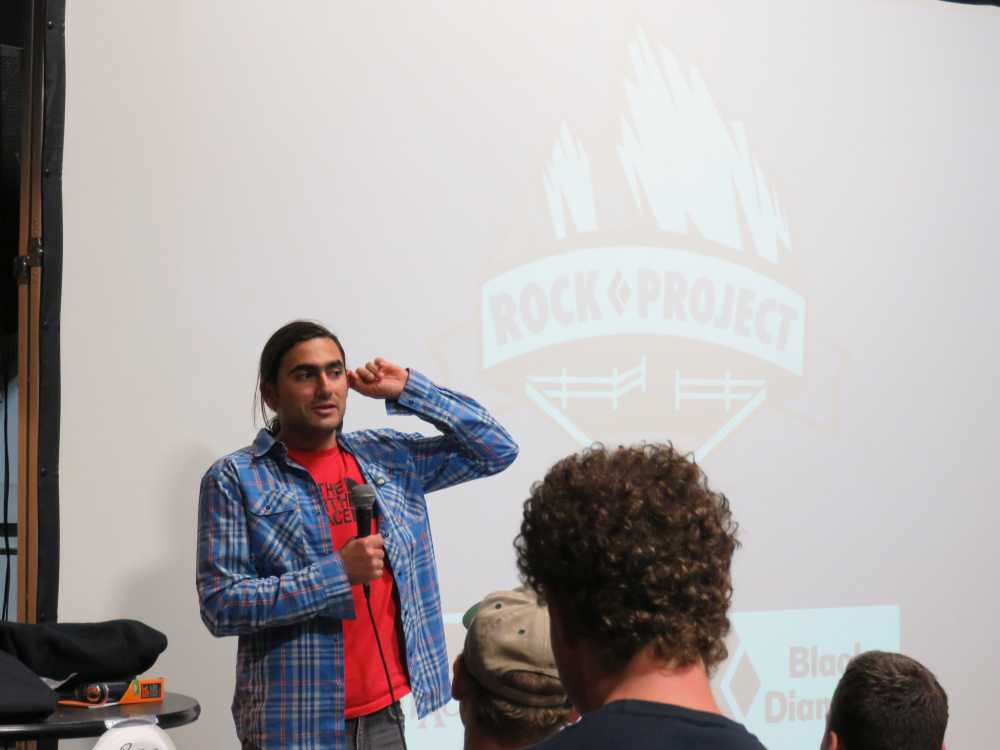 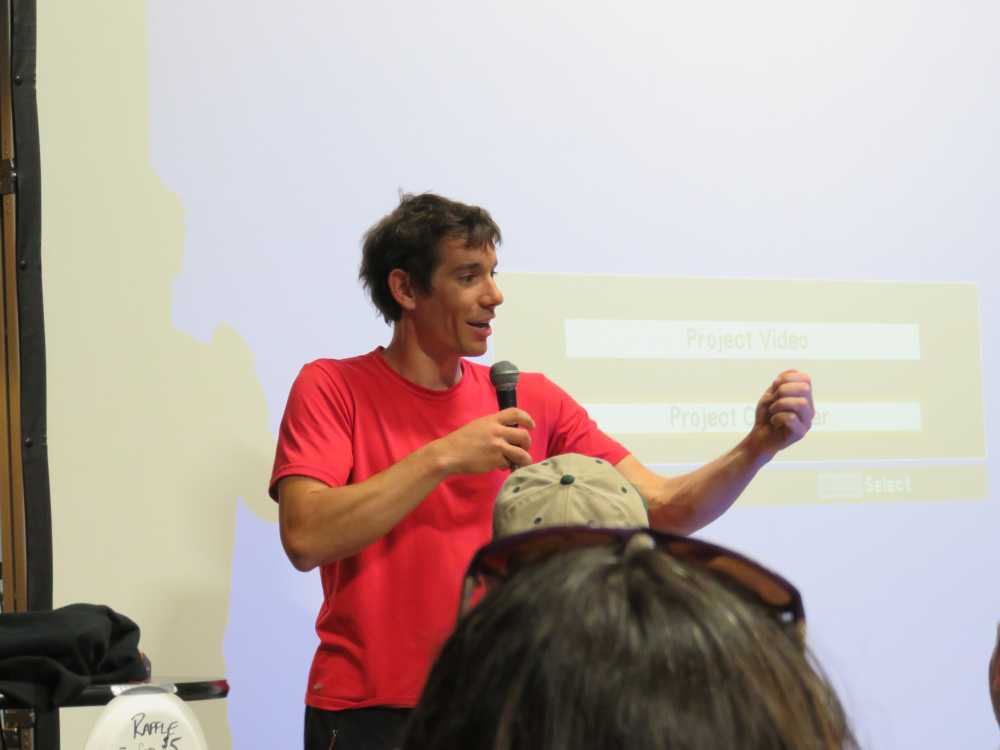 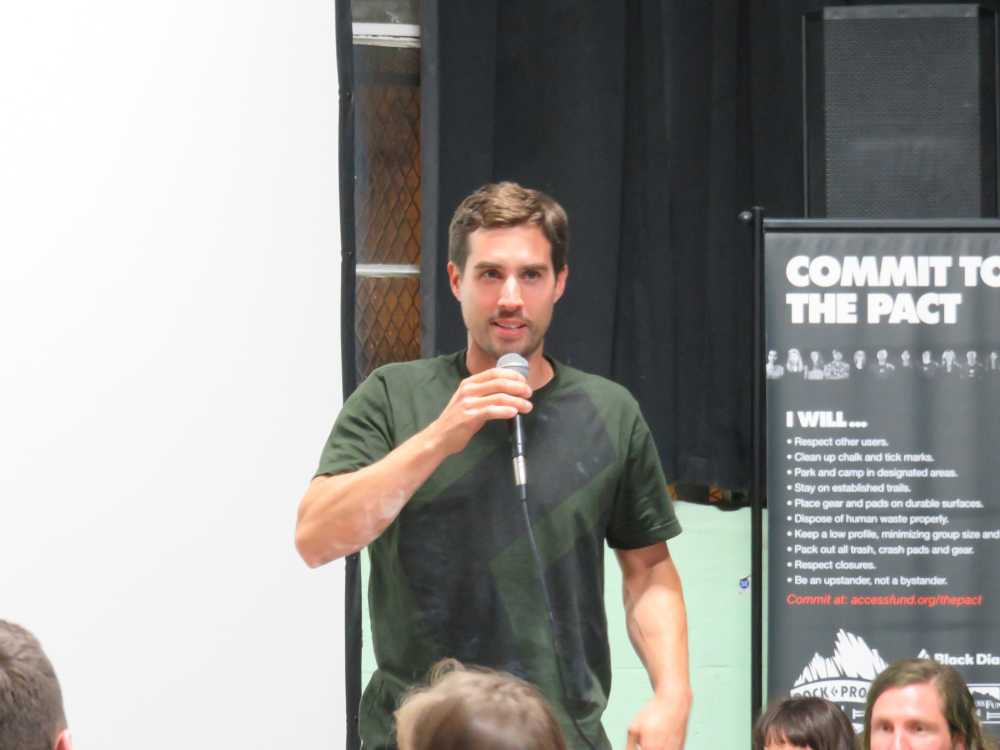 Then the ROCK Project attendees were informed (with much groaning) they have to meet at the gym at 6:45am to catch a bus to the Gunks for part 2 of this amazing weekend.

Saturday was a lot of fun, with a lot of excitement around meeting such well known professional climbers, learning a lot and feeling a connection with the greater climbing community. The message was strong and clear. We are responsible for our behavior and we have to not only be aware of our impact, but help make others aware as well so climbers, on a whole, as a community, can help protect the environment and our access to climbing at the same time. 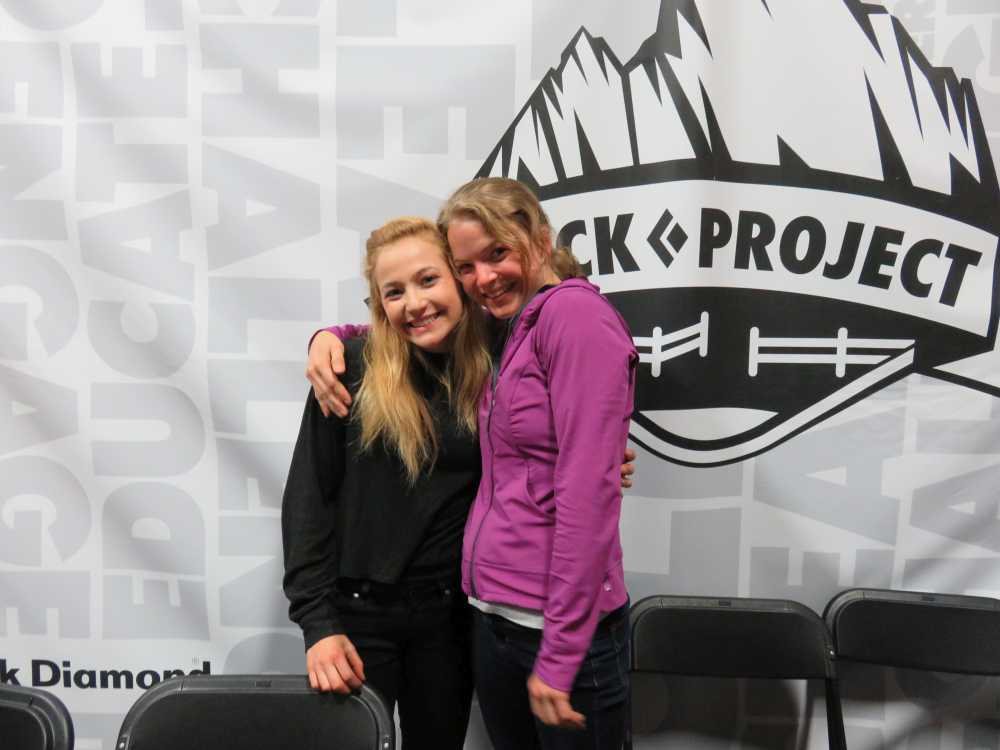 Where you there? What did you think? What new things did you learn, and any valuable take-aways? We’d love to hear in the comments below.