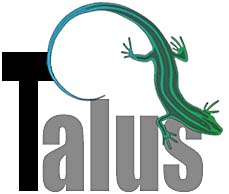 Welcome to the Winter, 2004 issue of Talus, the newsletter of

available to those who support the GCC. And while this newsletter

is still modest in scope, in time we plan to include more short works

of fiction, trivia, climber bios, and other bits of crag arcana.

The Gunks Climbers’ Coalition, established in the fall of 2002,

is an advocacy group dedicated to creating and maintaining

sustainable opportunities for responsible climbing along the